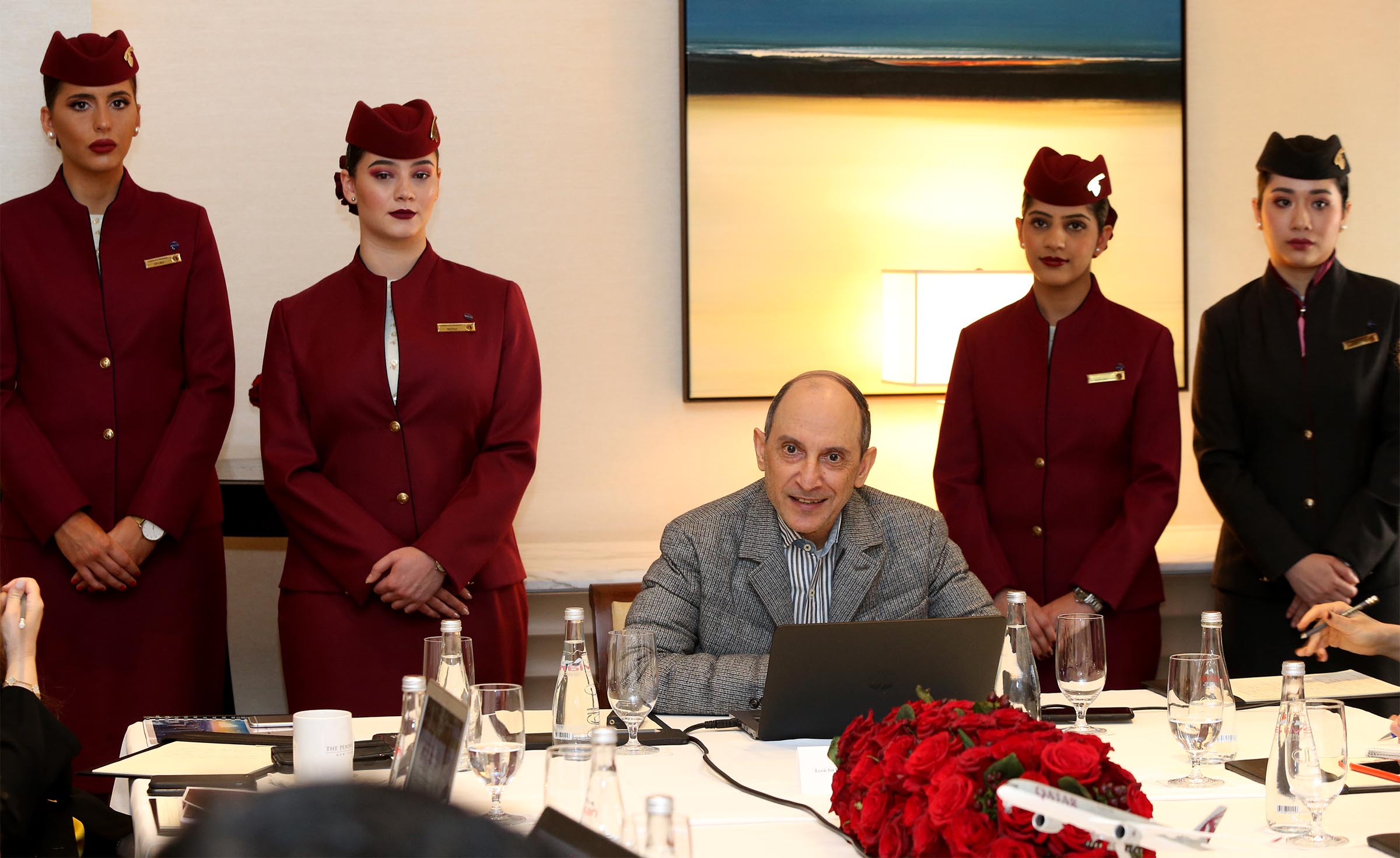 DOHA, Qatar, 2018-Oct-22 — /Travel PR News/ — Qatar Airways Group Chief Executive, His Excellency Mr. Akbar Al Baker, hosted a media roundtable luncheon to discuss the highly-anticipated arrival of the A350-1000 to John F. Kennedy International Airport (JFK), the first of its kind operating in the United States. The airline is excited to integrate the aircraft into its operations with the oneworld alliance, Qatar Airways’ state-of-the-art fleet, as well as other partnerships and sponsorships offered by the airline. The A350-1000 will travel to a variety of destinations that will shared in the following months.

Qatar Airways GCEO, His Excellency Mr. Akbar Al Baker, said: “The American market is pivotal for Qatar Airways, that is why we are delighted not only to be serving the largest aviation market, but also to be looking into investing opportunities in the United States and the broader Americas Market. We view the launch of the A350-1000 as a foundational step to continue solidifying Qatar Airways status as an important member of this hemisphere’s airline community and look forward to future expansions in this region.”

H.E. Mr. Al Baker also stressed the importance of the airline’s position in the oneworld alliance, one of the most important tools for collective action in serving the needs of the customer. The GCEO further emphasized how the beneficial exchange of culture and commerce made possible by the U.S.Qatar Open Skies Agreement must not be blocked merely because of Qatar Airways’ decision to serve markets that others have ignored.

Qatar Airways’ A350-1000, the world’s most technologically advanced passenger aircraft, will land in New York on 28 October, marking the airline’s first U.S. route to operate commercial flights on the ultra-modern aircraft. The five-star airline is the global launch customer for the innovative A350-1000 aircraft, the latest member of the Airbus wide-body aircraft portfolio. The aircraft offers enhanced levels of passenger comfort, thanks to the lowest twin-engine noise level of any aircraft, advanced air conditioning technology and full LED mood lighting.

The A350-1000 also features the airline’s groundbreaking Qsuite Business Class seat, which offers the industry’s first-ever double bed in Business Class, as well as privacy panels that stow away, allowing passengers in adjoining seats to create their own private space, offering an unmatched, customizable experience.

Earlier this month, Qatar Airways became the Official Global Airline Partner of the NBA’s Brooklyn Nets and the team’s home, Barclays Center, the Brooklyn, New York venue that hosts many of the world’s most exciting entertainment and sporting events. This marks the first major partnership between the airline and an NBA team or venue.

Qatar Airways currently operates a modern fleet of more than 200 aircraft via its state-of-the-art hub, Hamad International Airport (HIA) to more than 150 destinations worldwide. As part of its continued expansion plans, Qatar Airways plans to launch an array of exciting new destinations in the coming months, including Gothenburg, Sweden; Mombasa, Kenya and Da Nang, Vietnam.