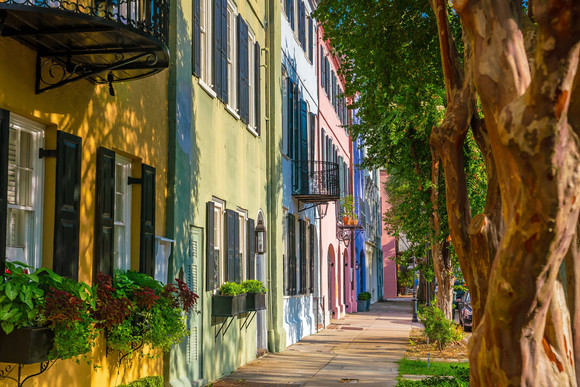 From April 4, 2019, British Airways will launch a two-per-week summer service from Heathrow, Terminal 5 and will be the only airline flying direct between Europe and the southern city.

The service will be operated by a Boeing 787-8 Dreamliner with return fares in World Traveller starting from £600, £928 in World Traveller Plus and £1920 in Club World available to book on ba.com from tomorrow. Boeing has a factory in Charleston where they are currently building the 787-10 Dreamliner. British Airways will take delivery of 12 new Boeing 787-10s between 2020 and 2023.

The new route will take the number of US destinations the airline flies to from London next summer up to 29, and the number of daily flights offered by British Airways and American Airlines as part of their transatlantic joint business up to around 73 per day. The airline is also launching a four per week service to Pittsburgh from April 2019.

Sean Doyle, British Airways’ Director of Network and Alliances, said: “You can’t help but get sucked in to the old-world charm of Charleston; its cobblestone streets, colourful houses and historical buildings make it a unique city. Recently we launched flights to Nashville and New Orleans and earlier this year announced a new route to Pittsburgh. Travelling to the states is as popular as ever, so we’re really pleased to be adding this charming city to our extensive global network and giving customers even more choice of holiday destinations.”

Currently, European customers travelling to Charleston, which has been voted the best ‘small US city’ for eight years running*, must fly into Atlanta, which is more than four hours’ drive away.

British Airways is investing £4.5 billion for customers, including the installation of the best quality WiFi and power in every seat, fitting 128 long-haul aircraft with new interiors and taking delivery of 72 new aircraft.  The airline is also investing £600m specifically in Club World, including outstanding catering and luxurious White Company bedding – plus, from 2019, a new seat with direct aisle access.