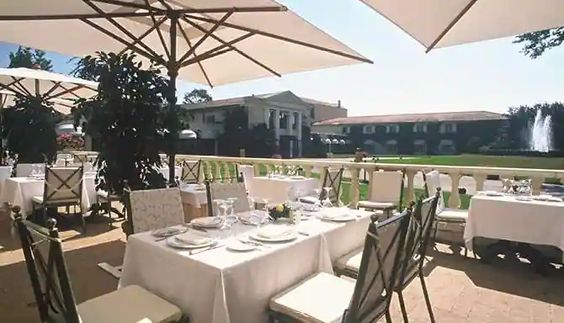 Brussels, Belgium, 2021-Jul-07 — /Travel PR News/ — Radisson Hotel Group welcomes back guests this summer with exciting new hotel openings and new property signings, as the Group is ready for the rebound of holiday and business travel. With over 90% of the Group’s hotels across EMEA open again, Radisson Hotel Group is pleased to welcome its business and leisure guests with flexibility and safety top of mind.

Building on the success of the Group’s five-year expansion and transformation plan, Radisson Hotel Group is ready for the rebound of travel and remains solidly committed to becoming the brand of choice for owners, partners, and guests.

With the addition of 33 new hotel signings with close to 4,500 rooms across its EMEA portfolio, Radisson Hotel Group has achieved a strong start to 2021 and remains prudently optimistic about business recovery in the second half of 2021. The Group plans to open around 30 properties in 2021, including iconic hotels in popular summer holiday destinations such as Turkey, Dubai, Italy, France, UK and Poland. One of the most exciting new properties to discover is Radisson Collection Hotel, Bodrum, a stunning premium lifestyle hotel located in Bodrum’s most tranquil and magnificent Aspat Bay on the Aegean coast.

Destinations such as France, Switzerland, UK, Russia, the UAE have proven popular amongst guests, with occupancy rates continuing to increase. The UK and France specifically have experienced a strong increase in demand where the Group expanded its presence with the opening of Radisson Blu Hotel, Rouen Centre in the historic city center of this medieval city, and a new hotel from the Group’s latest brand, Relais de Margaux, a member of Radisson Individuals in the famous Bordeaux wine region. Other additions to the Radisson Individuals portfolio include the River Ness Hotel, a member of Radisson Individuals opening this summer in the Scottish town of Inverness.

You may also be interested in:  Mandarin Oriental, Washington D.C. introduces The Empresses of China Package

Elie Younes, Executive Vice President & Chief Development Officer, said: “We are looking forward to an exciting summer. We have so far had a promising 2021 with continued growth in all our brands across both mature and emerging markets. Looking ahead to the second half of the year, we will be opening another 20 hotels in popular destinations across EMEA. I personally thank everyone for trusting Radisson Hotel Group throughout the past 18 months, in particular our valued employees who have shown true dedication and commitment when faced with adversity. We are equally grateful to our partners and shareholders for their continued support.”

Since the start of 2021, Radisson Hotel Group has signed over 33 hotels in EMEA to include new properties in popular destinations such as Athens (Greece), Sicily (Italy), Piedmont (Italy), as well as Tbilisi (Georgia) with the The Telegraph Tbilisi, A Radisson Collection Hotel.

In Italy, Radisson Hotel Group recently announced the doubling of its portfolio with the signing of seven new hotels in tier one locations, such as Milan, Venice, Florence, Sicily, and Naples. These new hotels include two premium lifestyle Radisson Collection hotels in Milan and Venice, Radisson Collection Hotel, Palazzo Touring Club Milan and Radisson Collection Hotel Palazzo Nani Venice which join the recently opened Grand Hotel Savoia Cortina d’Ampezzo, A Radisson Collection Hotel in Cortina d’Ampezzo, home of the 2026 Winter Olympics and Paralympic Games. Other properties include the Borgo di Luce I Monasteri Golf Resort & Spa, a member of Radisson Individuals in Sicily, and Alagna Mountain Resort & Spa, a member of Radisson Individuals in Piedmont. Radisson Hotel Group has grown its Italian portfolio exponentially from three to close to twenty hotels in just a few years due to its smart, flexible, and dynamic ways of working.

You may also be interested in:  Travelodge Hotels rolls out Bedshare room share option at their Australian and New Zealand hotel properties