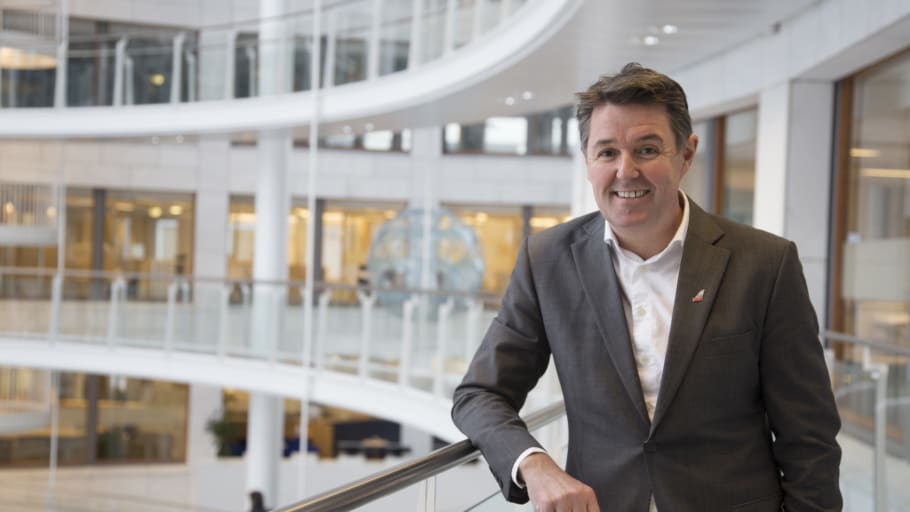 “I am pleased to announce that Geir Karlsen on request of the Board has accepted the job as CEO of Norwegian. Karlsen has successfully led the financial reconstruction of Norwegian and has the competencies, focus, trust and dedication that makes him the best choice as CEO of Norwegian,” said Svein Harald Øygard, chairperson of Norwegian’s Board of Directors.

“As travel bans now are about to be lifted, Norwegian stands ready to offer thousands of flights to our customers in the Nordics and abroad. In parallel, further efforts will be made to strengthen Norwegian´s position as a low-cost airline and to return the company to sustainable profitability. Geir is the ideal CEO to lead these efforts,” said Øygard.

Karlsen (born 1965) has held the position of Chief Financial Officer (CFO) since April 2018. From July 2019 to December 2019, he was Acting Chief Executive Officer (CEO) of Norwegian. He has extensive experience from listed companies within shipping and offshore. Mr. Karlsen has over the last 12 years held various CFO positions at international companies such as Golden Ocean Group and Songa Offshore. Before Norwegian, he held the position Group CFO at London-based Navig8 Group, the world’s largest independent pool and management company. Geir Karlsen has a degree in Business Administration from BI Norwegian Business School.

“I appreciate the trust given by the Board of Directors, and I am pleased to accept the opportunity of serving Norwegian in a new role as CEO. Going forward, our main priorities will be to increase the profitability of our low-cost operations and to attract new and existing customers in all key markets. Norwegian is well positioned following the recent reconstruction of the company, with a strong brand, proven products and services, and not least a team of highly experienced colleagues ready to fight for every customer,” said Geir Karlsen, CEO of Norwegian.

The search for a new CFO will commence immediately.

The Board of Norwegian voted on June 20th to end the CEO tenure of Jacob Schram. Mr. Schram’s employment contract, signed in 2019, entitles him to nine months’ notice. He will support the Board on full-time basis during his notice period up to March 31th, 2022. He will receive his current salary until then, and thereafter a 15 month severance payment in monthly installments, as specified in his employment contract of November 20th 2019. An effort has been made by the Board to bring the severance payments to a level reflecting the challenges of the industry, but no agreement could be reached.

Geir Karlsen will receive a salary of NOK 4.5 million, a bonus contingent on the delivery of the 2021-2022 Business Plan and share options to be awarded based on the share price at the end of day, June 21st 2021.