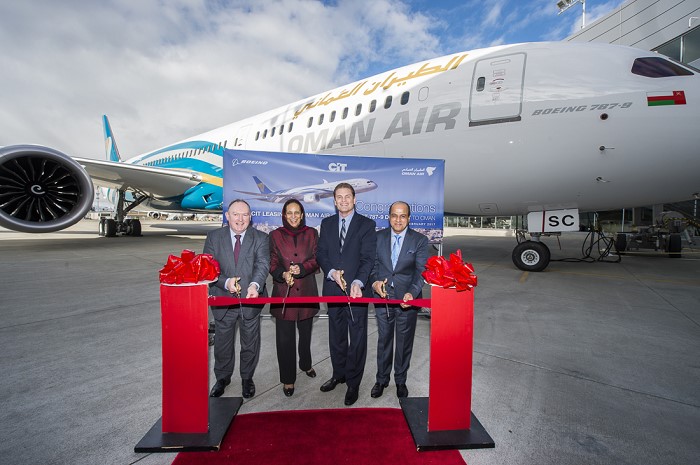 MUSCAT, Oman, 2017-Feb-28 — /Travel PR News/ — Oman Air, the national carrier of the Sultanate of Oman, continues its ambitious expansion plans in 2017 with three new additions to the fleet already this year. The latest aircraft is the Boeing 787-9 Dreamliner which joined the fleet on 23rd February 2017; this is in addition to the two new 737-800s which were added to the fleet in 2017. The wide-body Boeing 787-9 is a stretched version of the advanced long-range twin engine B787-8.

The delivery of new aircraft is part of Oman Air’s ambitious and dynamic programme of fleet and network expansion. Oman Air is continuing to invest in providing guests with the best possible on board experience. To complement the new additions to the fleet, the airline has recently invested in the renovation of its three A330-300 aircraft First Class cabin.