LONDON, 2014-6-13 — /Travel PR News/ — easyJet, the UK’s largest airline and Europe’s fourth largest, is celebrating after being awarded five top awards at the 2014 Marketing Society Awards for Excellence this week.

The airline, which has transformed low cost travel for a whole generation of travellers, was commended for their renowned ‘Europe by easyJet’ campaign, being awarded the coveted Grand Prix award, as well as the Long-Term Marketing award, Customer Relationship Marketing award and the Finance Director’s prize. easyJet’s Group Commercial Director of Customer Marketing and Products was also crowned Marketing Leader of the Year for his role in helping to position the brand.

The awards ceremony was held at the London Hilton, Park Lane on 5 June, with easyJet scooping an impressive five of the 26 award available on the night. easyJet was up against the likes of Sainsbury’s and Heineken with the awards being judged by a panel of top brand and marketing experts.

Peter Duffy, Group Commercial Director and winner of the Marketing Leader of the Year award at easyJet said:

“We’re absolutely thrilled to be winners at the Marketing Society Awards five times over. It’s fantastic that the team have been recognised for the hard work that goes on behind the scenes to bring the Generation easyJet brand to life” 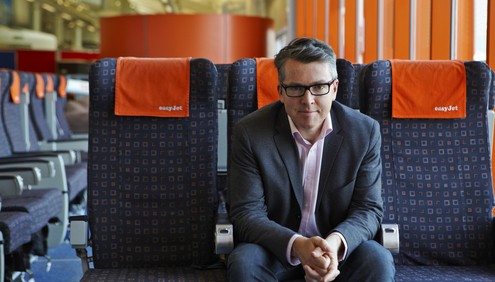 You may also be interested in:  easyJet announces additional flights to Lanzarote, Athens, Naples and Malta from its London Gatwick base next summer
JOIN TRAVEL PR NEWS