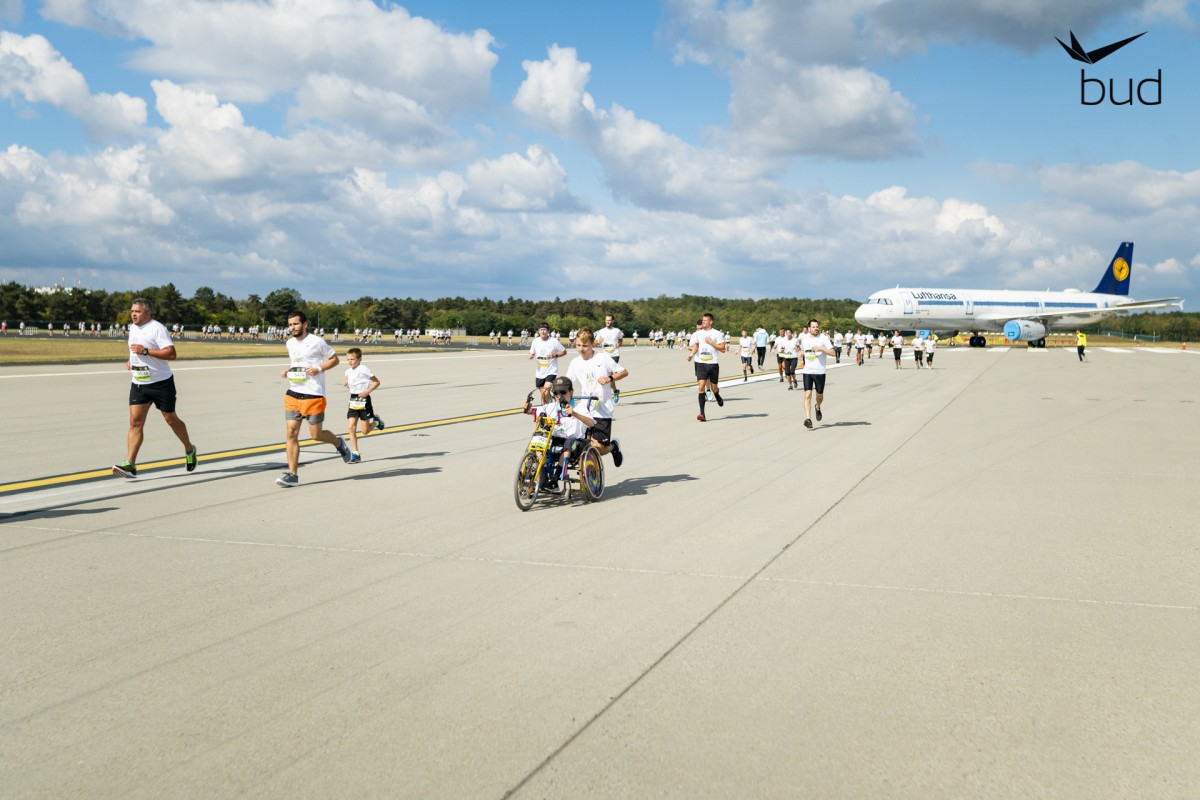 Budapest, Hungary, 2021-Sep-21 — /Travel PR News/ — As in previous years, enthusiastic runners filled runway I at Budapest Ferenc Liszt International Airport. Nearly 700 runners took part in the Runway Run at the airport for charity, to raise money through the entry fees to support sports for people with disabilities and to help cure leukemia patients.

On 18 September, Budapest Airport organized its ninth Runway Run, a charity race on the 3010-meter-long runway I, which was closed for the occasion. The popularity of this event, held at a special location, has been unbroken for years, and for good reason: the runway is “reserved” for the take-off and landing of aircraft on all other occasions, so running enthusiasts are keen to take advantage of this unique opportunity.

The Runway Run is an invitational race, where the field is made up of representatives from the aviation industry, authorities, airlines and other major international companies, as well as prominent athletes. At the same time, as in previous years, the airport operator announced a series of prize competitions on its Facebook page, where followers could win the opportunity to take part in the race. Thus, a total of 688 competitors took part this year. Budapest Airport is once again donating the proceeds from registration fees to the Hungarian SUHANJ! Foundation, which provides sporting opportunities for people living with disabilities, and to Anthony Nolan, a UK-based charity helping leukemia patients.

Since 2013, nearly 10 000 runners have lined up during the Runway Run events, and a total of 70 million HUF has been raised from entry fees over 8 years. It was partly thanks to this support that the SUHANJ! Foundation was able to open and develop the country’s first integrated gym in Budapest, where disabled and able-bodied athletes can train together.

Of course, once again no one started without warming up; under the guidance of Domonkos Vigh, European and world fitness and bodybuilding champion, everyone was able to prepare appropriately for the distance chosen. Adult runners could choose between 5 and 10 kilometers, while children competed over 1.5 kilometers. In the 5 km race, Réka Matolcsi was the fastest finisher amongst women and Balázs Csuka among men, while Réka Terjéki and Balázs Kövér were the first to cross the finishing line in the 10 km race. Budapest Airport also offered prizes to the fastest teams, with Wizz Air coming first in the airline and National Tax and Customs Administration in the airport authority category. Aeroplex Ltd. crossed the finishing line first from the business services teams and Heinemann Duty Free from the airport concessionaire teams.

Prizes were also awarded to the fastest visually impaired runners and finishers with special needs strollers and handcycles Júlia Csomós, László Schober and Eszter Geszti were the most outstanding runners in the field.

Budapest Airport’s partner for this year’s race was Lufthansa Technik, while the main sponsors were Turkish Cargo, Z&Z Biztonságtechnikai Kft., SITA and KPMG. The airport operator organized the Runway Run together with the international aviation industry website, anna.aero.