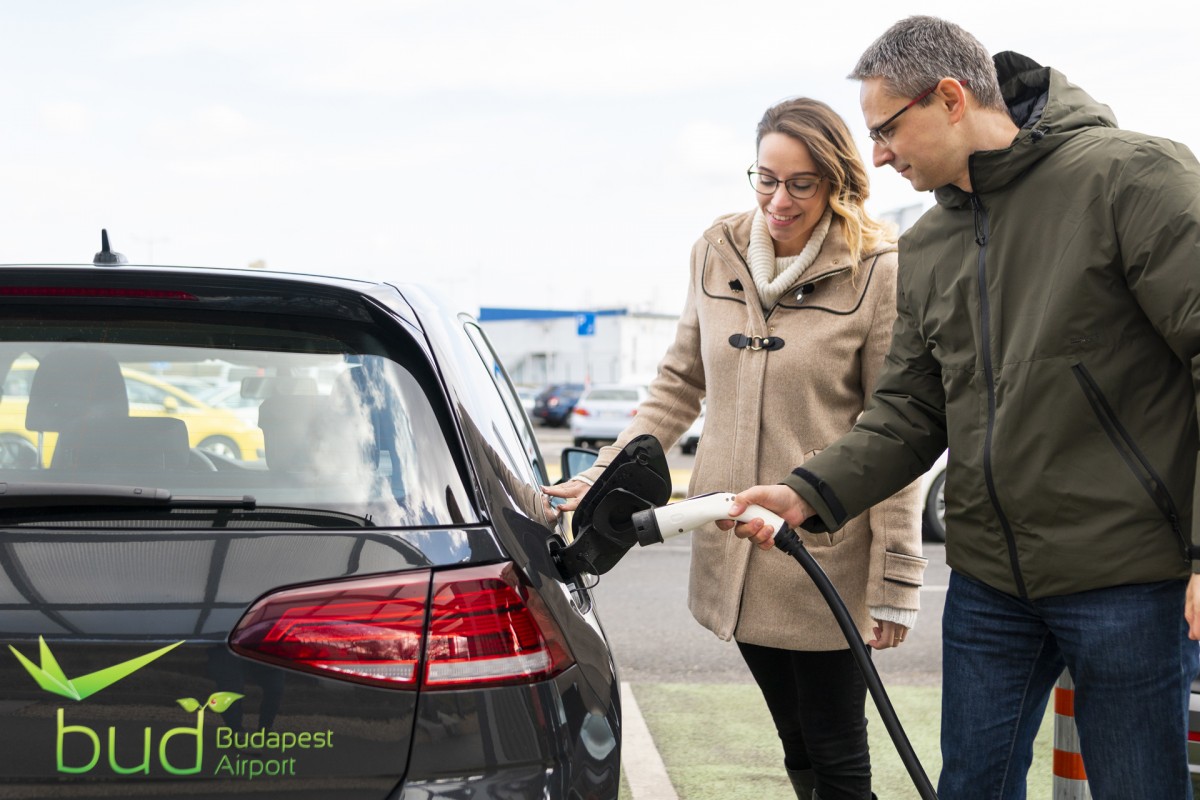 Budapest, Hungary, 2023-Jan-15 — /Travel PR News/ — E-mobility is a key pillar of Budapest Airport’s sustainability strategy, which is why the airport operator has for years placed special emphasis on expanding its electric vehicle fleet and building an e-charger network, both inside and outside the airport fence. In 2022, Budapest Airport applied for the European Union’s CEF 2 Transport – Alternative Fuels Infrastructure Facility funding program with its Net Zero Airport project, and a grant contract for the installation of 83 charging stations and 102 charging points was recently signed. The chargers will be installed inside the airport fence, and will be available for use by partner companies operating at the airport, in addition to vehicles belonging to the airport operator’s fleet.

Budapest Airport is fully committed to reducing emissions from its operations, and in 2021 set the primary goal of achieving net zero emissions 15 years earlier than previously committed, by 2035 at the latest, along its so-called zero carbon roadmap. The development of e-mobility at the airport is one of the ways in which this will be achieved.

At the end of 2021, the Hungarian government included the airport operator on the list of projects to be implemented from the European Network Financial Instrument, to significantly improve the electric charging infrastructure, with a total budget of 1.3 billion HUF (nearly 3.2 million EUR) to install new e-charging points for ground service equipment, airport service vehicles and the vehicles of airport partners. The development, which will be implemented in three phases by 31 August 2025, will involve the installation of 102 new e-charging points at the airport, half of which will be financed by Budapest Airport from its own budget and half from EU funds. The EU support contributes to the construction of the 83 charging stations with nearly 650 million HUF (1 594 250 EUR, to be precise), which accounts for the 50% of the budget. The other 50% will be financed by Budapest Airport from own sources.

You may also be interested in:  Oakland International Airport applauds Southwest Airlines for introducing SAF at OAK

Budapest Airport has been continuously developing its electric vehicle charging infrastructure for years, and has also been encouraging its partner companies to develop e-mobility. A total of 134 ground handling vehicles and 24 fleet and management vehicles have been replaced recently, from conventional to electric or hybrid models, saving 412 000 liters of fuel and 1080 tons of carbon dioxide emission per year. Budapest Airport has installed 66 electric vehicle charging points so far, 35 of which are located on the airside and 31 on the landside of the airport. Budapest Airport has assisted in the installation of a further 35 electric charging points at the airport for its partners involved in ground passenger transportation. Főtaxi, Budapest Airport’s contracted taxi partner, also prioritizes the promotion of e-mobility, and has already replaced 30% of its fleet with electric or hybrid vehicles. There are already six ultra-fast electric charging points in the airport buffer car park of Főtaxi, which is expected to increase by 26 charging points by the end of 2025.

The most effective way for Budapest Airport to reduce the environmental impact of the airport is to work with its airport partners, which is why it launched the Greenairport program in 2015. The aim of the more than 40 partners involved in the initiative is for the airport and the organizations operating there to work together and help each other reduce their own carbon footprint and the overall environmental impact of their operations. The program has led to continuous improvements in energy efficiency, the switch to electric vehicles and equipment, increased waste recycling rates, responsible water consumption, the potential for green energy use and a growing number of joint digitalization projects. In 2022, the company produced its first Sustainability Report for the year 2021, recounting, among other things, its consumption and emissions results.

You may also be interested in:  flydubai announces resumption of services to Abha in Saudi Arabia

The contents of this publication do not necessarily reflect the position of the European Commission. The opinions expressed are those of the author only.