BUDAPEST, 2014-04-14 — /Travel PR News/ — Budapest Airport was the scene of yet another flight opening ceremony this morning as the Tel Aviv flight operated by the new Israeli low cost carrier UP arrived for the first time. Similarly to numerous other large airlines, El Al has established its own low cost carrier, which will fly to Budapest, Berlin, Prague, Kiev and Larnaca in Cyprus.

The Boeing 737-800 type aircraft operated by the Israeli carrier UP touched down on the concrete at Budapest Airport shortly after 9:00 a.m. this morning. UP, a new low cost carrier established by Israeli airline El Al, will commute between Tel Aviv and Budapest 11-12 times per week during July and August, the peak months of the summer schedule season.

Budapest Airport and its partners welcomed the new flight with the now traditional inaugural ceremony; the Airport Fire Service provided a water canon salute on the edge of the apron before Jost Lammers, the CEO of Budapest Airport presented the captain and the crew of the Israeli aircraft with a special cake made for the occasion by the master confectioners of the Zila Café in Budapest District XVIII. Jost Lammers and János Váradi, general manager Hungary for El Al then cut a symbolic red silk ribbon to complete the inaugural ceremony.

UP represents the higher tier of low cost carriers, offering two classes on its flights, economy plus which provides additional services and the standard economy class. The new carrier also belongs in the hybrid carrier category due to the fact that it provides bookings and transfer opportunities for El Al flights as well, i.e. it operates as a network carrier, not as a point-to-point carrier.

You may also be interested in:  Aeroplex to open a new MRO hangar at Budapest Ferenc Liszt International Airport

“Already during online booking, UP passengers can decide in a flexible manner what level of service they require, what it is they are willing to pay extra for and where they would like to avoid superfluous expenses, i.e. our services are tailor-made to their individual needs,” emphasized János Váradi, general manager Hungary for El Al. “With the launch of UP we are able to adjust better to the needs of our passengers. Meanwhile, the legendary security level of Israeli flights will not change; passengers can rightly expect the same standards applied so far. However, according to our calculations, UP’s prices will be approximately thirty percent lower compared to previous flights,” he added.

“We are delighted to welcome UP to Budapest, as with the new carrier’s services, traffic on the Tel Aviv route could surpass the performance seen in recent years,” said Jost Lammers, the CEO of Budapest Airport. “El Al and UP are performing very well on this route, as their flights are operating with excellent load factors. We are certain that the new carrier will be able to satisfy the important individual needs of passengers, be it business travelers, leisure travelers or religious pilgrims visiting well-known Biblical locations in Israel,” he added. 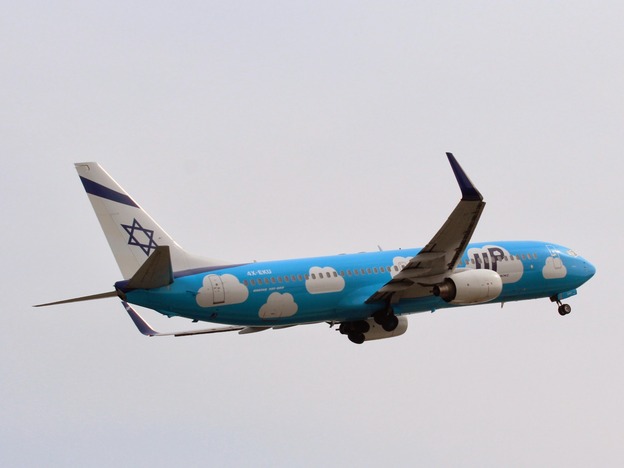