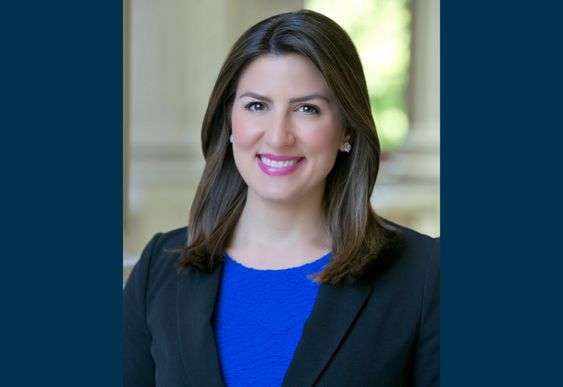 “After a thorough search, we are proud to welcome Anna and Jacqueline to the Foundation and AHLA teams,” said AHLA President & CEO Chip Rogers. “Their collective experience and fresh energy will only continue to build on the incredible work their respective teams have accomplished to increase visibility for the hotel industry. We will look to them as leaders to further strengthen our relationships with key stakeholders including media, community partners, and the more than 30,000 members we represent. I am confident in Anna and Jacqueline’s abilities to build on our momentum and commit to ensuring the future health and vitality of the entire hotel industry, including the people who make it great.”

In this senior role, Anna will oversee the philanthropic mission of the Foundation, which aims to support the hotel industry’s current workforce as well as aspiring hospitality professionals through the disbursements of scholarships, workforce development programs, and united efforts to eradicate human trafficking.

Her extensive experience in leading and scaling organizations is demonstrated through her previous roles as Co-Executive Director of Girl Up at the United Nations Foundation, Head of Global Marketing and Communications at the Tech Coalition, Chief Next Gen Officer at The Female Quotient. Blue leveraged those platforms to build transformational partnerships with global brands and Fortune 500 companies – including Disney, Apple, Snap, Meta, Kellogg, Deloitte, and WWE – curated content across all media, generated fundraising and revenue growth, and built and mobilized communities to drive action.

You may also be interested in:  easyJet announces return of its Fearless Flyer course to help nervous flyers take control and overcome their fears

“The Foundation’s mission so perfectly aligns with my commitment to the power of building community, collaboration and consensus,” said Blue. “Expanding on the Foundation team’s deep-rooted relationships with internal and external stakeholders, while continuing to honor the support of our industry leaders and donors who make the Foundation’s work possible, will only serve to advance our ambitious mission for the year ahead.”

As Executive Vice President of Marketing & Communications, Policastro will be responsible for driving the development and execution for all of the association’s internal and external communications and increasing visibility for the vibrant hotel industry in and outside the Beltway. Policastro has served as Washington Bureau Chief of Gray Television since 2014, growing the operation from a one-woman shop to the largest local broadcast news bureau in Washington, D.C. She led a team of reporters covering the White House, Congress, and campaigns for more than 100 local TV stations across the country.

Prior to joining Gray Television, Jacqueline built the Washington bureau for Lilly Broadcasting. She also worked as a breaking news reporter and anchor at CBS affiliate WISH-TV in Indianapolis, IN, as an evening anchor at CBS WSEE in Erie, PA, and as a producer at Associated Press Television in Washington, D.C.

“I am honored by the opportunity to join the AHLA team and build upon their many successes to uplift and promote the American hotel industry,” said Policastro. “I look forward to leveraging my extensive broadcasting background to continue to guide the narrative of an industry so full of opportunity.”

Policastro will begin her role on January 17th and Blue on January 22nd at the 5th Annual Night of a Thousand Stars Gala, the Foundation’s premier fundraising