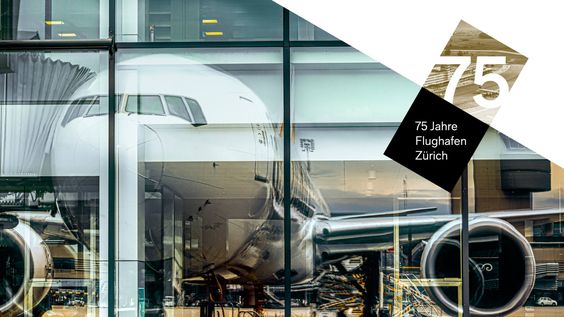 Opfikon, Switzerland, 2023-Jan-10 — /Travel PR News/ — Since the maiden flight 75 years ago, Zurich Airport has developed into Switzerland’s most important transport hub. In the anniversary year 2023, Zurich Airport looks back on its long history and looks ahead to future projects. The festivities include a big airport festival from September 1-3, an anniversary exhibition and many other highlights.

On June 14, 1948, a Swissair Douglas DC-4 was the first aircraft to take off from Zurich Airport to London – on the airport’s only runway 10/28 at the time. Only about five months later, the second runway 16/34 was put into operation and the third runway 14/32 opened in 1976. Over the years, docks B, A and E have been built where there once was a marshland. In five construction phases, Zurich Airport developed into an international transport hub with numerous direct connections to the world’s metropolises. Zurich Airport is not only of great importance for travellers, but also for the local population: it is a business location, workplace, commercial centre, excursion destination and meeting place. Zurich Airport employs around 27,400 people at over 300 companies.

Numerous highlights in the anniversary year 2023

Various celebrations and events will take place at Zurich Airport in the anniversary year. On June 14 – the day of the maiden flight – an anniversary exhibition will start in the Airport Shopping area. On the weekend of September 1-3, a big public airport festival will take place. President of the Swiss Confederation, Alain Berset, will be one of the guests of honour at the official ceremony on Friday evening. As part of the anniversary year, the airport’s history will also be digitally processed and the spotter areas as well as the observation deck will be upgraded.
Constantly updated information on the anniversary year:

You may also be interested in:  IATA supports the wearing of face coverings for passengers and masks for crew while on board aircraft

Zurich Airport of the future

Zurich Airport is and will remain on the move and wants to be a safe, modern and sustainable airport for future generations. Projects such as the runway extensions or the new dock A are important elements in ensuring safe and high-quality airport operations. The expansion of the landside passenger zones (ELP) will enhance Zurich Airport in the coming years with generous passageways, better logistics processes, new retail spaces and a food hall with outdoor terraces. The sustainable construction of future projects and the replacement of fossil fuels are key components of Flughafen Zürich AG’s ambition to reduce its CO2 emissions to net zero by 2040. As a result, Zurich Airport will continue to be Switzerland’s gateway to the world, connecting people and places.

Anniversary year – Celebrations at a glance