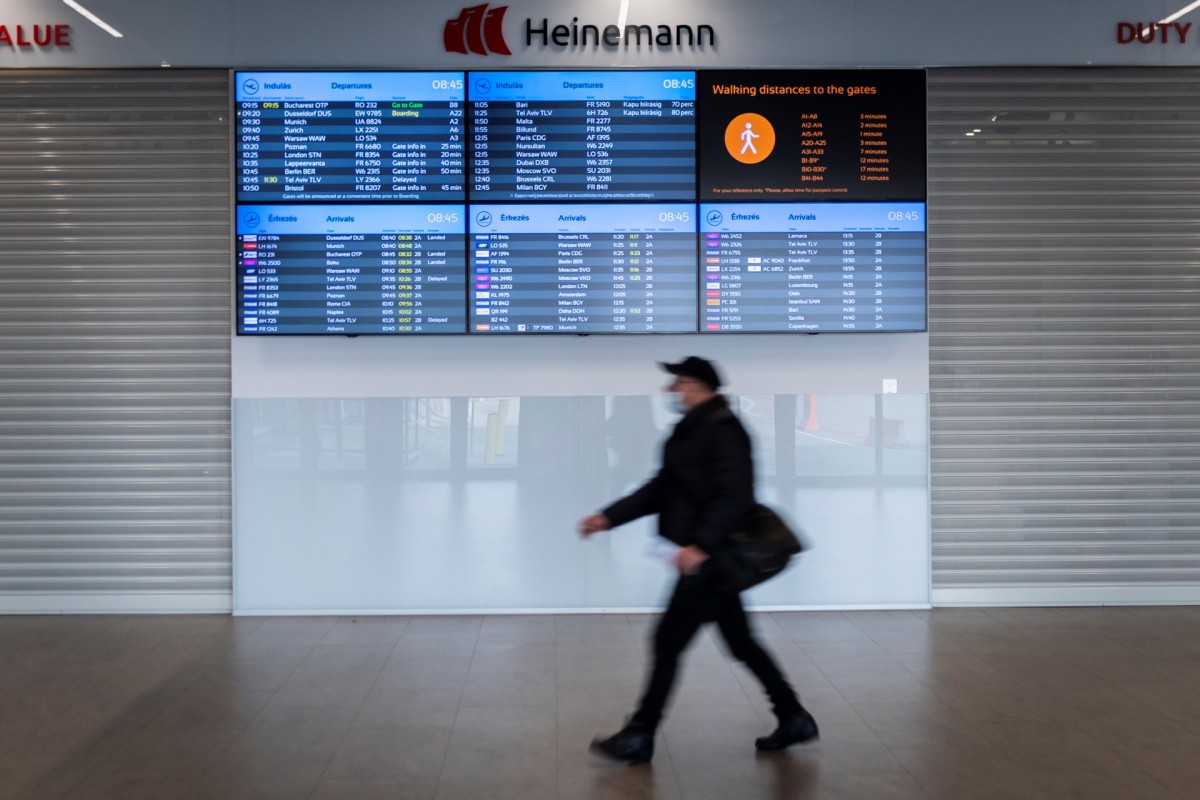 Budapest, Hungary, 2021-Dec-16 — /Travel PR News/ — The November passenger number has exceeded the passenger traffic registered in October, which had set a record since the outbreak of the pandemic, as a total of 724 626 passengers used Budapest Airport. This is an increase of 11 000 from the previous month.

102 cities in 40 countries were accessible with 33 airlines from Ferenc Liszt International Airport in November. This means that compared to the record year of 2019, 80% of the destinations accessible from Budapest have been recovered by November. The most popular destinations were still London, Amsterdam, Paris and Frankfurt.

The rise in the passenger figure for November is clearly reflected in the increase in vaccination coverage, as most countries allow free movement for people with a coronavirus vaccine. As in previous years, Budapest Airport expects passenger traffic similar to November in December as well, as the festive season, the end of the year and the winter school break are favorable for getaway trips and family visits, although the Omicron variant of the coronavirus does represent a key risk factor.

Not only was the penultimate month of the year a good one for passenger traffic, but November was also an outstanding month in terms of air cargo volumes. Ferenc Liszt International Airport ended the second strongest cargo month on record, as the BUD Cargo City handled a total of 16 311 tons of cargo. Compared to April this year, the strongest month ever, this is only 380 tons “behind”, while it represents an increase of 17.6% compared to the same period last year.

The November surge is clearly due to the year-end gifting period, with Black Friday and the approach of Christmas showing a marked upturn in e-commerce figures. The majority of goods ordered online arrive by air and enter the country via Budapest Airport’s Cargo City base.

The outstanding November volumes are still not accompanied by a significant increase in the number of flights, which is only 7% higher this year than last year.

With the November surge in cargo, the airport is once again one step closer to its annual target of 180 000 tons, as the Cargo City handled 178 476 tons during the 11 months so far. Reaching the dream threshold of 180 000 tons also means that Budapest Airport is continuing to strengthen its air cargo role in the region, approaching Vienna Airport, the airport handling the most cargo on an annual level within the region.

With Christmas approaching, we all want a special surprise, a warm and sunny place to spend the end of the year and a beach to recharge our batteries.  Budapest Airport’s end-of-year offers include exotic destinations such as Dubai, the Canary Islands, Hurghada, Antalya and Jordanian cities.

Dubai, the most populous city in the United Arab Emirates, is accessible from Budapest Airport with 3 airlines: Emirates offers 5 flights per week, flydubai 4 a week and Wizz Air 6 per week, ensuring a comfortable and safe journey for globetrotters.

The Canary Islands, consisting of seven islands, enjoy mild weather in winter and summer, and sunshine all year round. The archipelago offers wonderful beaches and unique natural beauty. Ryanair operates one flight a week to Las Palmas, while Wizz Air offers one flight a week to Fuerteventura and 2 a week to Tenerife.

For those who dislike the cold, Hurghada may be an even more ideal destination, as it offers summer heat in all seasons. The Egyptian city, known as the Riviera of the Red Sea, is served by both Egyptair and Wizz Air, with one flight a week each from Budapest.

Antalya, also known as the jewel of the Turkish Riviera, is a popular resort town with a picturesque coastline, crystal clear waters and a thousand shades of blue. SunExpress operates direct flights to the Turkish city once a week during the winter months.

Located in the biblical land of Canaan, Jordan offers adventurous travelers unrivaled historical and natural attractions, from ancient ruined cities and mystical desert landscapes to the unique wildlife of the Red Sea and the famous Petra ruins. The Jordanian capital, Amman can be reached directly from Budapest twice a week with Ryanair and once a week with Wizz Air, while the latter also operates once a week to Aqaba.