BANGKOK, 2014-7-31 — /Travel PR News/ — The Pacific Asia Travel Association (PATA) is pleased to announce the election of W. Scott Supernaw, Tauck, Inc., as Chairman of the Executive Board of PATA. Mr Supernaw replaces Joao Manuel Costa Antunes who has served as Chairman of PATA since April 2012 and will become PATA Immediate Past Chairman.

Mr. Supernaw said, “This is a dynamic and experienced Executive Board that is committed to continuing the effective employment of the Association’s resources for the development and expansion of PATA’s leading role in assisting its members in the responsible development and growth of travel and tourism in the Pacific Asia region.”

Mr. Supernaw has extensive experience in the development and management of new and established brands in the travel industry. He is the former President and CEO of Olson-Travelworld and Managing Director-International of Tauck Inc.

He is a founding member and past two-term Chairman of the United States Tour Operators Association (USTOA), 1986-1988. He has also served on the advisory boards of the French, Swiss and Israeli government tourism boards. In the early 1980’s he was one of 7 U.S. tour operators invited by the Chinese Government (CITS) to consult and work with them in the development of their long haul, inbound, tour business.

You may also be interested in:  The Pacific Asia Travel Association renews its preferred partnership with comScore

As President and CEO of AHS, Mr. Murphy continues to head a team of highly experienced hospitality professional advisors that provide informed guidance to existing and new hotel owners and hospitality investors for their hotel real estate interests worldwide. AHS assists both international and Asian based owners with effective and strategic hospitality investment planning, acquisition and asset management, and the securing of improved profitability within their existing hospitality portfolios in Asia and elsewhere.

A member of PATA since 1984, Mr. Murphy was awarded the PATA Order of Merit in 2003, the PATA Chairman’s Award in 2006 and 2008, and PATA Life Membership for his continued contributions in past roles to the association’s members and in the growth of responsible and sustainable tourism in the Asia Pacific region.

You may also be interested in:  The Pacific Asia Travel Association announces the availability of the Annual Tourism Monitor (ATM) 2014 Final Edition

The new Executive Board members were elected at the PATA Board Meeting on May 18, 2014 in Zhuhai, China.

About PATA
Founded in 1951, the Pacific Asia Travel Association (PATA) is a not-for profit association that is internationally acclaimed for acting as a catalyst for the responsible development of travel and tourism to, from and within the Asia Pacific region. The Association provides aligned advocacy, insightful research and innovative events to its member organisations, comprising 90 government, state and city tourism bodies, nearly 30 international airlines, airports and cruise lines, 57 educational institutions, and hundreds of travel industry companies in Asia Pacific and beyond. Thousands of travel professionals belong to the 41 local PATA chapters worldwide. The chapters organise travel industry training and business development events. Their grassroots activism underpins PATA’s membership of the Global Travel Association Coalition (GTAC), which includes ACI, CLIA, IATA, ICAO, WEF, UNWTO and the WTTC. ThePATAmPOWER platform delivers unrivalled data, forecasts and insights from the PATA Strategic Intelligence Centre to members’ desktops and mobile devices anywhere in the world. PATA’s Head Office has been in Bangkok since 1998. The Association also has official offices or representation in Beijing, Sydney, Dubai, London and New York. Visit www.PATA.org 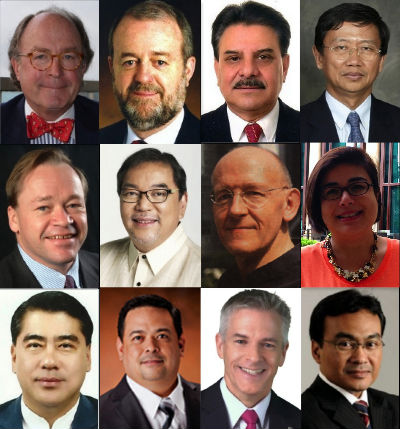 You may also be interested in:  The Pacific Asia Travel Association renews its partnership with STR
JOIN TRAVEL PR NEWS