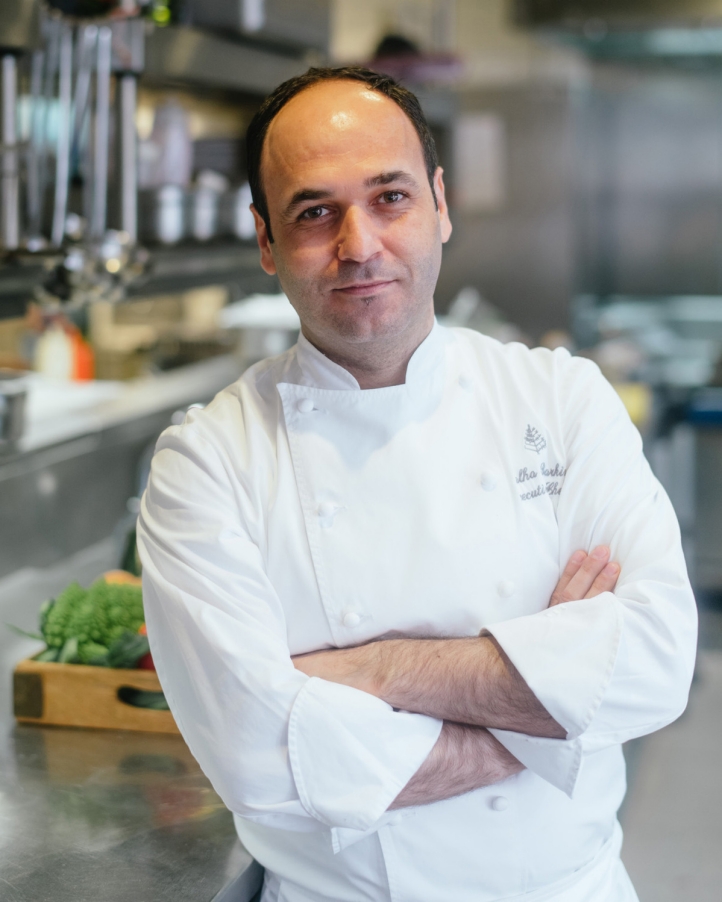 Talha Barkin joins Four Seasons Hotel Hampshire with a wealth of experience having worked in a collection of the world’s best kitchens and luxury five-star hotels. He joins from Four Seasons Hotel Baku where he held his position of Executive Chef for more than five years.

Prior to Four Seasons Hotel Baku, Talha was executive chef at The Fairmont Baku Flame Towers. Other positions include working with the Hilton Group as executive chef at their Chongqing, Jakarta and Maldives resorts; chef de cuisine at The Shangri-La Hotels Chiang Mai and Hangzhou; junior sous chef at the Madinat Jumeriah Dubai and working at a selection of esteemed hotels in Turkey, where he gained his initial exposure to western cuisine under the guidance of mentors at the Swissotel and the Ritz Carlton.

Talha grew up in Koycegiz, Mugla, a lakeside town in Mediterranean Turkey where fresh homegrown ingredients and in season produce were a way of life. His zest for cooking was cultivated early as a young child, from watching his grandmother lovingly prepare family meals, to helping at his uncle’s beach restaurant.

Talha will draw on his extensive global experience to ensure the kitchen is run to the highest standard at Four Seasons Hotel Hampshire, while working with the finest local Hampshire produce to create exceptional dishes using techniques he has learned throughout his travels.

Executive Chef Talha comments, “My arrival at Four Seasons Hotel Hampshire was very special. To see the magical manor house through the rolling Hampshire hills on the first approach to the property was something quite spectacular. I am excited to be leading the culinary team, bringing my expertise and knowledge to this beautiful property.”

A master at his craft, Talha’s menu of seasonal and local produce will be served at Wild Carrot restaurant and on the Wild Carrot Terrace.