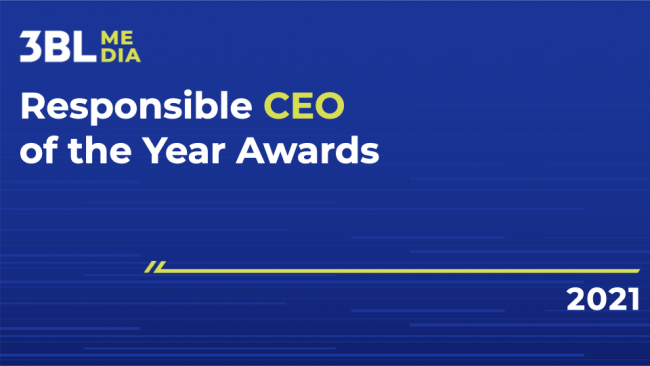 “Southwest Airlines has long believed in ‘doing well by doing good,’ and we’re focused on being a responsible global citizen. Gary’s dedication to doing the right thing for our People, through our Performance, and in service to the Planet has driven this commitment,” Bob Jordan, Executive Vice President and Incoming Chief Executive Officer. “For more than three decades, Gary has led with Heart, and it’s terrific to see him recognized for his Leadership in aligning Southwest to advance its citizenship initiatives to deliver on ESG commitments.”

Selected by past winners, the Lifetime Achievement Award recognizes Gary Kelly’s vision, pioneering spirit, and ability to act as a force for good in the business world—all of which led to significant achievement in the corporate social responsibility (CSR) field over the course of his career.

Under Gary’s Leadership, Southwest has aligned to execute citizenship initiatives including:

For more than 50 years, Southwest has connected People to what’s important in their lives by providing friendly, reliable, and low-cost air travel. This Purpose is at the core of its citizenship efforts, and it fuels a desire to make the world a better place. For more information, visit the Company’s annual CSR report, the Southwest Airlines One Report.

In its 51st year of service, Dallas-based Southwest Airlines Co. continues to differentiate itself from other air carriers with exemplary Customer Service delivered by nearly 54,000 Employees to a Customer base that topped 130 million Passengers in 2019. Southwest has a robust network of point-to-point service with a strong presence across top leisure and business markets. In peak travel seasons during 2019, Southwest operated more than 4,000 weekday departures among a network of 101 destinations in the United States and 10 additional countries. In 2020, the carrier added service to Hilo, Hawaii; Cozumel, Mexico; Miami; Palm Springs, Calif.; Steamboat Springs; and Montrose (Telluride), Colo. Thus far in 2021, Southwest has initiated service to Chicago (O’Hare) and Sarasota/Bradenton both on Feb. 14; Savannah/Hilton Head and Colorado Springs both on March 11; Houston (Bush) and Santa Barbara, Calif. both on April 12; Fresno, Calif. on April 25; Destin/Fort Walton Beach on May 6; Myrtle Beach, S.C. on May 23; Bozeman, Mont. on May 27; Jackson, Miss. on June 6; and Eugene, Ore. on Aug. 29. The carrier will begin service to Bellingham, Wash. on Nov. 7; and Syracuse on Nov. 14.