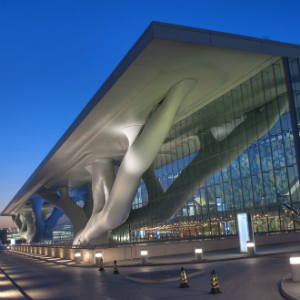 DOHA, Qatar, 2017-Nov-16 — /Travel PR News/ — Qatar Airways has partnered with the World Innovation Summit for Education (WISE) as the Official Carrier of the high-profile two-day global conference. WISE has invited some of the world’s greatest leaders in the fields of education, technology and media to Doha to facilitate discussions about the future of education, taking place from 14 November until 16 November.

Established by Qatar Foundation under the leadership of its Chairperson, Her Highness Sheikha Moza bint Nasser, in 2009, the highly-anticipated bi-annual conference will host 2,000 top education experts from 100 different countries around the world during the next two days at the Qatar National Convention Centre (QNCC).

Qatar Airways Group Chief Executive, His Excellency Mr. Akbar Al Baker, said: “Qatar Airways is delighted to welcome thousands of the world’s most creative education leaders and professionals to Qatar for this important summit, which has implications for the future of education. We strongly support any initiative that promotes learning, as we believe education is vital to the world’s future. Qatar Airways is very pleased to bring people together for WISE, and to contribute to the improvement of education across the globe.”

Chief Executive Officer of WISE, Mr. Stavros N. Yiannouka, said: “We are very pleased to acknowledge Qatar Airways as the Official Carrier for the 2017 World Innovation Summit of Education, where dedicated leaders and education change makers from around the world will debate the future of education. WISE is committed to partnering with organisations that prioritise well-being and social responsibility. In this regard, we are happy to join forces with Qatar Airways, with whom we share a commitment to an ever more connected world of co-existence and co-creation.”

This year’s conference theme, ‘Co-exist, Co-Create: Learning to Live and Work Together’ will see delegates discuss the importance of global educational and social challenges in an uncertain world. The main speakers at the conference include influential journalists, professors, chief executives and senior university administrators, who will share their experiences and recommendations with delegates. Several hands-on workshops and labs will also be run by international organisations for both adults and children to encourage interactive debates.

Qatar Airways takes its responsibilities as a corporate citizen very seriously, and since 2013 has been a proud supporter of the Educate A Child programme. Educate A Child was launched in 2012 by Her Highness Sheikha Moza bint Nasser as a global programme of the Education Above All Foundation to significantly reduce the number of children worldwide who are denied their right to education.

Passengers on board Qatar Airways flights are encouraged by cabin crew to contribute what they can to this very deserving initiative. The programme is also highlighted on Qatar Airways’ airline’s inflight entertainment system, inflight magazines, website and social media channels.

Qatar’s national carrier operates a modern fleet of more than 200 aircraft to a network of more than 150 key business and leisure destinations across Europe, the Middle East, Africa, Asia Pacific, North America and South America. The airline is launching a host of exciting new destinations planned for the remainder of this year and 2018, including Canberra, Australia; Chiang Mai, Thailand and Cardiff, U.K, to name just a few.