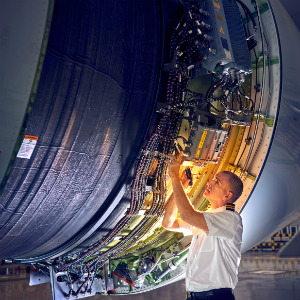 Airline also supports 123,000 American jobs and flies more than 3.1 million visitors to the US each year

DOHA, Qatar, 2017-Nov-16 — /Travel PR News/ — Qatar Airways has released its latest TV commercial and social media campaign, highlighting the airline’s contribution to the US economy and taking its message directly to the American people: “Our success is also America’s shared success.”

The campaign, seen by more than 8 million people on social media, cites independently-gathered data that clearly demonstrates the airline’s robust $91.8 billion investment in the American economy through its 332 American-made aircraft. The award-winning airline also directly supports 123,000 American jobs and flies 3.1 million visitors to the US annually – visitors who helped pump an extra $4 billion into the US economy in 2016 alone.

Qatar Airways Group Chief Executive, His Excellency Mr. Akbar Al Baker, said: “This commercial expresses how tremendously proud we are of the investment we have made, and continue to make every year, in the US economy. Our 332 American-made aircraft are testament to the faith we have in America, and in American-made products.

“This year, our 20th anniversary, Qatar Airways was named ‘World’s Best Airline’ by Skytrax. This is due in large part to the strong and lasting partnership we have built with American companies, including Boeing, Gulfstream, GE, Honeywell and others, who have been instrumental in helping us deliver the high-quality product for which we are known to our passengers around the world. Together with our American partners, we will continue to help strengthen the global aviation industry and America’s economy.

“This commercial speaks directly to the hearts and minds of the American people. It eloquently expresses our firm belief that nothing great was ever built in isolation; that together, with our American partners, we will continue to invest in America’s future by building the greatest aircraft in the skies. Together, we will continue to soar to even higher heights.”

Qatar Airways has developed strong relationships with its US partners, including Boeing, GE, and Gulfstream, who have been instrumental in helping the airline achieve the award-winning, high-quality product for which it is renowned. Large portions of the airline’s fleet are powered by engines made by US manufacturers. Additionally, US firms are major suppliers to Qatar Airways, which spent $6.1 billion on US products in 2016 alone.

Qatar Airways recently announced an order for two Boeing 747-8 Freighters and four 777-300ERs, valued at $2.16 billion at list prices, a sign of the airline’s continued expansion and contribution to the US economy. The 747-8 Freighter gives cargo operators the lowest operating costs and best economics of any large freighter aircraft while providing enhanced environmental performance. It is optimised to provide greater revenue cargo-carrying capability than the 747-400, offering 16 per cent more cargo volume while keeping its unique nose door.

The national carrier of the State of Qatar is one of the world’s fastest-growing airlines, operating one of the youngest fleets in the world. Now in its 20th year of operations, Qatar Airways has a modern fleet of more than 200 aircraft flying to business and leisure destinations across six continents.

The award-winning airline has received a number of accolades this year, including ‘Airline of the Year’ by the prestigious 2017 Skytrax World Airline Awards, which was held at the Paris Air Show. This is the fourth time that Qatar Airways has been given this global recognition. Qatar’s national carrier also won a raft of other major awards at the ceremony, including ‘Best Airline in the Middle East,’ ‘World’s Best Business Class,’ and ‘World’s Best First Class Airline Lounge.’