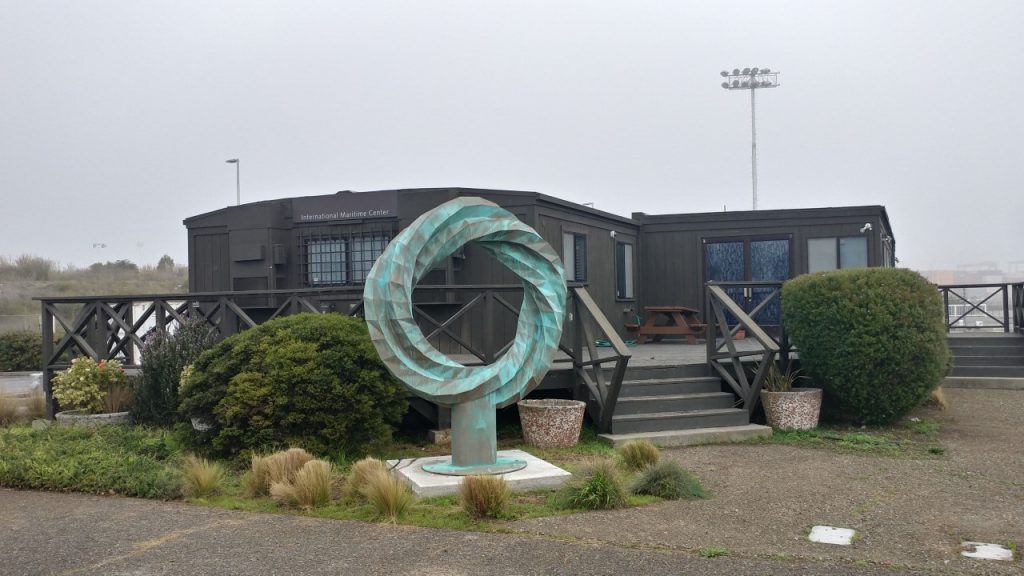 Port of Oakland pays tribute to mariners with a new sculpture

Oakland, Calif., 2020-Feb-18 — /Travel PR News/ — The Port of Oakland has joined the International Maritime Center (IMC) to unveil a tribute to mariners. The new, abstract sculpture titled “Sea Remembrance” was installed in January next to the IMC facility at Port View Park.

“Seafarers make costly sacrifices being away from home at sea for months at a time,” said Captain Margaret Reasoner with the local IMC chapter. “The sculpture honors them for their hard work and perseverance, and serves as a memorial for the mariners who gave their life at sea.”

The IMC is a nonprofit organization that supports seafarers passing through the San Francisco-Oakland Bay Area. Captain Reasoner enlisted James Allen King to create the sculpture because of his maritime experience and artistic talent. He is a member of the Sailor’s Union of the Pacific.

Aboard ship, James King (ship’s bosun) oversees the team that maintains the ship’s rigging, anchors, cables, and everything else on deck that keeps a vessel running smoothly. Bosun King created “Sea Remembrance”, the large, round, metal sculpture that was placed at the Oakland Seaport. King says he draws inspiration for his art from the sea.

Thousands of men and women work the ships that cross the world’s oceans to deliver goods from one country to the next. Captain Reasoner said she hopes the sculpture will make mariners feel welcome in the Bay Area.

The artist donated all his time that he used to create the sculpture; volunteers from California State University Maritime Academy and the Clean Living Learning Center helped create the foundation for the sculpture; and donations are being collected to cover final expenses.

About the International Maritime Center

The International Maritime Center (IMC) in coordination with the Seafarers Ministry of the Golden Gate services thousands of seafarers that come through its facility each year. Located at the Port of Oakland, the center hosts a sanctuary for mariners to refer to as their home away from home. Services include counseling, meals, recreation, transportation, internet connections and phone cards. The IMC at the Oakland Seaport is rated one of the top three centers in the world. To learn more about the IMC, call (510) 839-2226 or visit their facilities at 4001 – 7th St, Oakland, CA 94607.