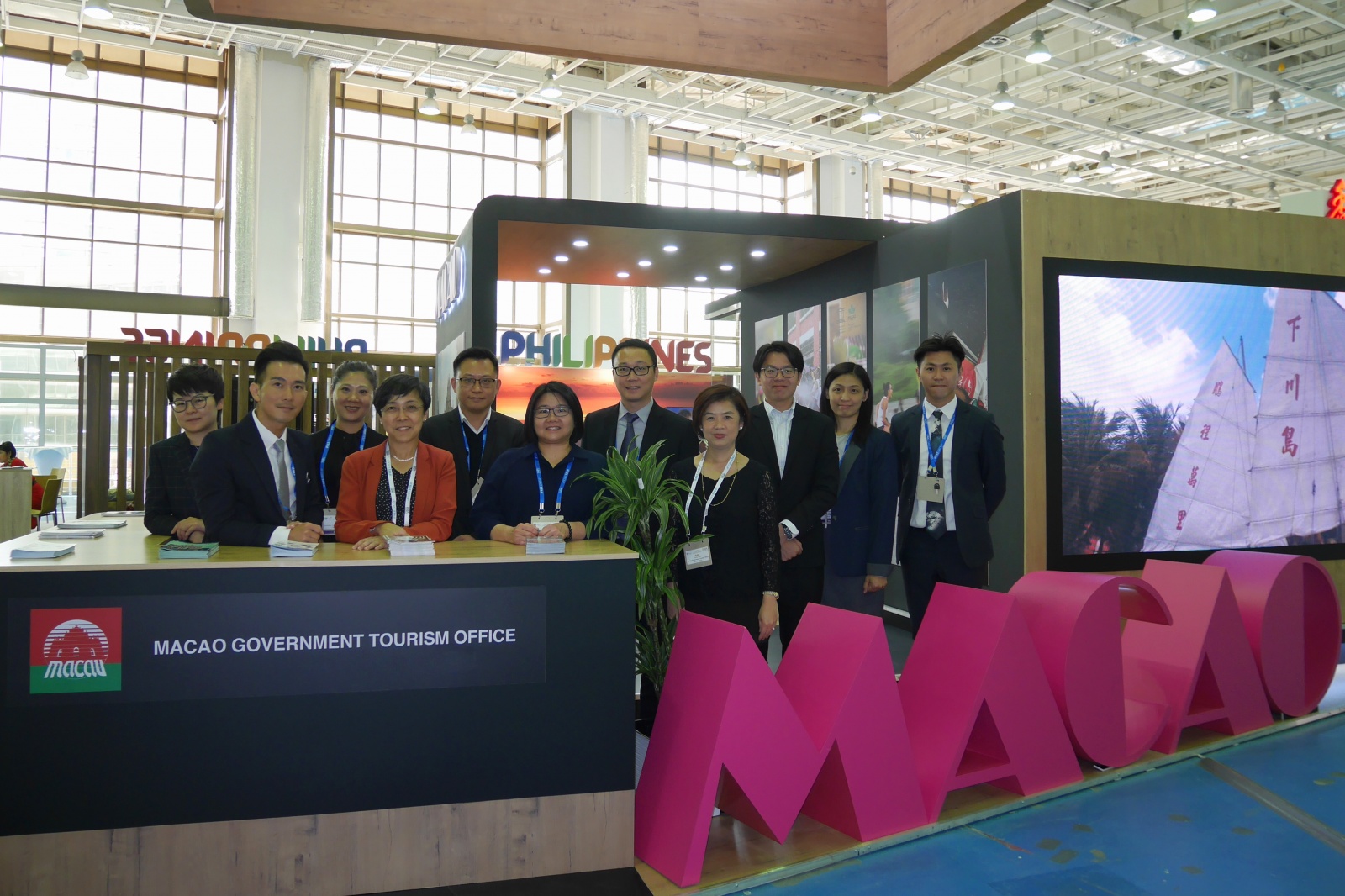 Macao, China, 2019-Sep-20 — /Travel PR News/ — Macao Government Tourism Office (MGTO) enhanced Macao’s destination profile at the Pacific Asia Travel Association (PATA) Travel Mart 2019 in Nur-Sultan, Kazakhstan from 18 to 20 September. One of the event highlights, the 2019 PATA Gold Awards Dinner and Award Presentation, was held today (19 September). MGTO Director Maria Helena de Senna Fernandes is also attending the meetings of the Executive Board and Board of the Association scheduled from 20 to 21 September.

Being the major annual travel trade show organized by the Association, PATA Travel Mart attracted over 1,200 international buyers, sellers and travel agencies from 63 countries and regions this year.

One of the program highlights of the annual PATA Travel Mart is the PATA Gold Awards Dinner and Award Presentation, which was held in Nur-Sultan on 19 September. For the 24th consecutive year, MGTO supported this prestigious initiative of PATA as an opportunity to raise the profile of Macao as a travel destination and contribute to sustainable tourism development across the Asia-Pacific region. The Association presented four Grand Awards and 29 Gold Awards this year to recognize organizations and individuals for their extraordinary achievements in seven broad categories including Marketing Campaign, Environment, Corporate Social Responsibility, Heritage and Culture, Education and Training, Marketing Media and Travel Journalism. MGTO Director Maria Helena de Senna Fernandes delivered an opening remark as well as presented awards to winners at the Dinner.

This year, the Grand Award in the Marketing Category was presented to MGTO for its mega promotional campaign “Experience Macao Food Truck in Los Angeles” rolled out last year. Through the “Experience Macao Food Truck”, MGTO offered residents and travelers a taste of Macao, from samples of signature pork chop buns and Portuguese egg tarts, twice-daily lion dance performances to practical travel tips about the city. The Office also invited key members of the trade and media in Los Angeles for a firsthand experience of the Food Truck and Macao’s signature delicacies prior to the official launch of the campaign. Promotions were also rolled out across print and online media to promote the destination and the Food Truck. The Food Truck was stationed at five iconic attractions in Los Angeles to showcase Macao’s designation as a UNESCO Creative City of Gastronomy since October 2017 as well as the unique gastronomic culture and diverse travel experiences the city has to offer among residents, travelers and industry operators from worldwide.

This year’s winners include a tourism enterprise from Macao once again. Melco Resorts & Entertainment Limited secured the PATA Gold Award in the category of Marketing – Hospitality for its advertising campaign “The Art of Winning”, marking its third win of the same accolade since 2017. The campaign was designed to promote the relaunch of its flagship integrated resort, featuring visionary artwork, architectural masterpieces, high-end gastronomy and immersive entertainment to indulge the senses through unprecedented, ground-breaking experiences.

Founded in 1951, PATA is a non-profit membership association dedicated to building responsible development of the Asia-Pacific travel and tourism industry, with its members comprising government, state and city tourism bodies, international airlines, airport operators, educational institutes and travel industry companies in Asia Pacific and beyond. A PATA member since 1958, Macao successfully hosted PATA Travel Mart in 2010 and 2017 and the PATA Annual Conference in 2005.