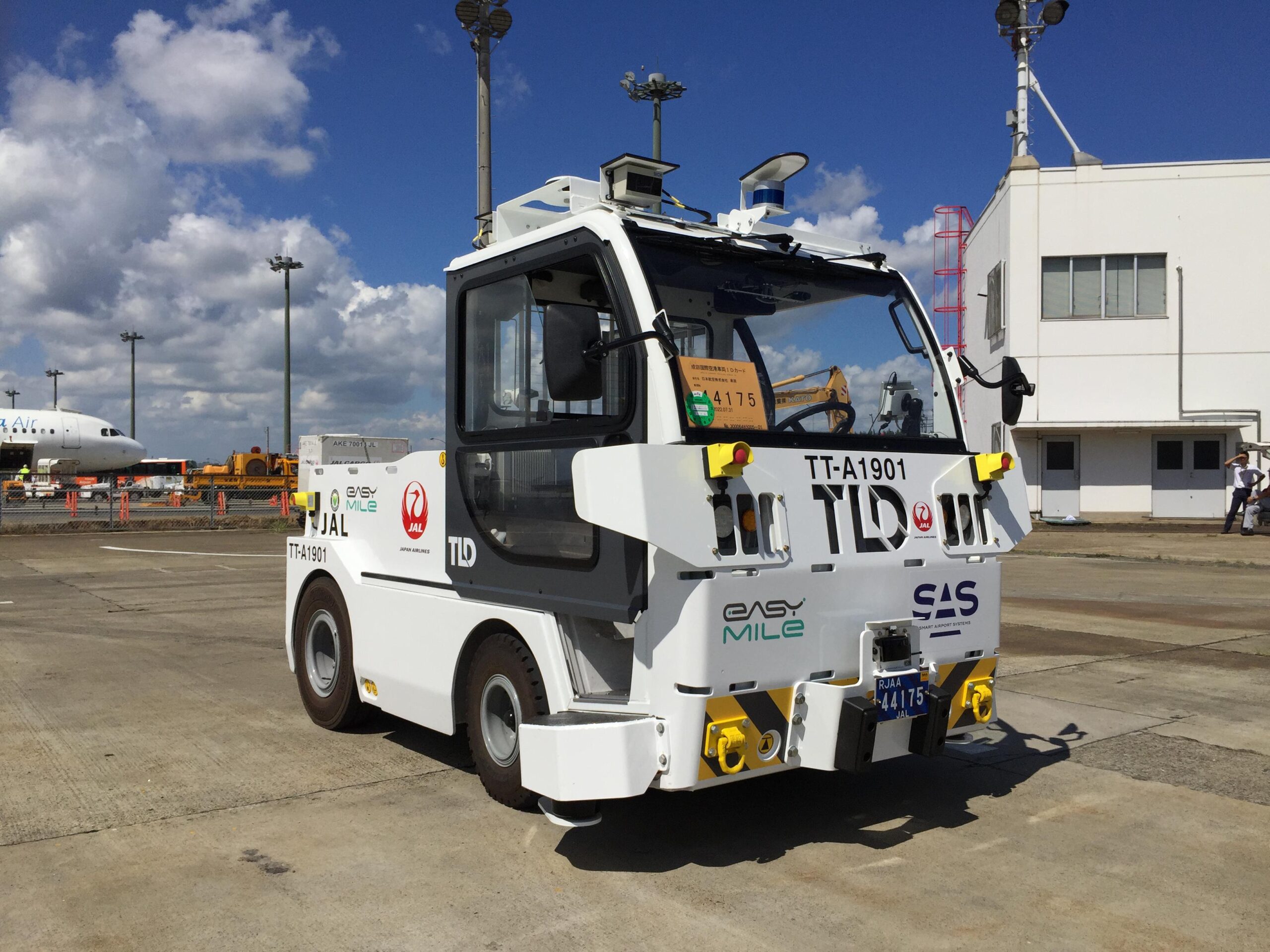 The results of the trials verified that JAL`s representatives had accumulated the necessary experience and knowledge to ensure safe operations of autonomous vehicles, equivalent to an Automated Driving Level 3 qualification (2), in an environment where a number of aircraft, vehicles, and airport staff are stationed. With the qualification in hand, JAL announced the decision to officially operate autonomous towing tractors at Narita airport. (3)

Going forward, JAL will continue to cooperate with public and private sectors to realize driverless operation within the restricted areas of the airport. JAL believes that automation is a key driver for creating new and safe ground handling operations and will continue to implement new technology at the airport.

Vehicle Type: TractEasy by TLD
Details of Operations: Transport baggage from the Main Building-Terminal 2 to the baggage sorting area at the Satellite Terminal.

(2) Automated Driving Level 3 “equivalent” is defined as the system performing overall operation on the condition that the driver always monitors the status of automated driving in the vehicle and take over the operation when the action to avoid danger is necessary, such as when it is difficult to continue automated driving.