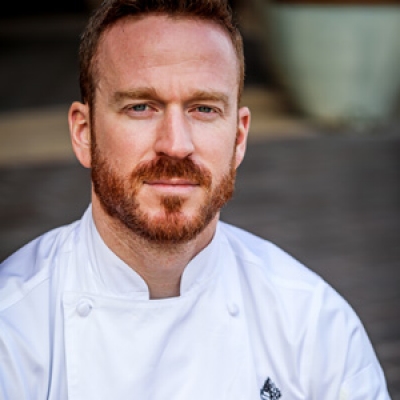 “My goal is to make this property a destination where people want to come just to experience the food and beverage,” says Tony France of his role as Executive Chef at Four Seasons Resort and Club Dallas at Las Colinas, adding quickly, “I’m excited about it every day.”

Los Angeles born, France was raised by his mother and grandparents in Tujunga, California. He called his Sicilian grandfather “Dad” and spent a lot of time with him in the kitchen, which is where his love for cooking was born. After briefly studying business, France convinced his parents to let him follow his dream to culinary school at Le Cordon Bleu in Pasadena, where he graduated with honours. He began his cooking career in the kitchen at a private club in Hollywood, then moved onto hotels, eventually landing at luxury addresses in Marina del Rey, Palm Desert and Santa Barbara. France joins Four Seasons from his most recent post at the Ritz-Carlton Bacara in Santa Barbara where he rose from banquet chef in 2018 to executive sous chef overseeing six outlets in 2021.

Since his arrival, France has approached the menus delicately with an eye on lightening up dishes, focusing on seasonality and using local ingredients when possible. “My cooking style is simple cooking executed flawlessly,” he explains, noting that good stories go a long way toward making it mouthwatering at the table. “When we are able to tell a guest that the beef they’re ordering was locally sourced and raised on a pasture down the street, that’s a big part of the experience.”

Cooking aside, France is passionate about developing the talent among the many experienced hands he is surrounded by in the kitchen. His culinary leadership team includes Executive Sous Chef Nicholas Trosien, LAW Chef de Cuisine Paolo Gama and Executive Pastry Chef Yudith Bustos.