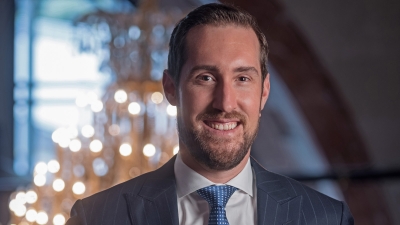 “We are overjoyed to welcome Matt and Loretta, and promote Demian, given their demonstrated leadership and impactful management with Four Seasons Hotels and Resorts,” expresses Nancy Chacon, General Manager of Four Seasons Hotel Atlanta. “As Four Seasons Hotel embarks on 25 years in Atlanta, I am confident they will expand upon our legacy of exceptional luxury in service and genuine hospitality that is long-cherished by so many esteemed guests.”

As Hotel Manager, Matthew Barber will guide the experiential vision of the AAA Five-Diamond property through his direction and oversight of all Hotel, Spa, Food & Beverage and Security departments. He began his journey with the leading luxury brand in 2012 at Four Seasons Hotel Denver as the General Manager of EDGE Restaurant and Bar, and was quickly promoted to Banquet Director. In 2017, Barber moved to South Africa to lead the dining programs at Four Seasons Hotel The Westcliff Johannesburg as Director of Food & Beverage. His path continued to Qatar in 2019 to oversee nine premium outlets in the same role at Four Seasons Hotel Doha.

Barber, originally from the southwest coast of Florida, is a graduate of Johnson and Wales University in Providence, Rhode Island and holds an Associates and a Bachelor’s Degree in Culinary Arts and Food Service Management. He made his first leap beyond the States in 2006 to broaden his knowledge on the world’s finest wines in German wine school in Koblenz, Germany. Soon after, he received his Level 1 certification from the Master Sommelier Association in Aspen, Colorado.

Loretta Holley brings a distinguished perspective to the holistic dining experience in her new role as Assistant Director of Food & Beverage. With a keen eye for detail and personalised service, she will oversee the operations of the property’s four dining outlets, including the power-breakfast locale and Sunday Brunch favourite, Park 75; Midtown’s acclaimed restaurant and craft cocktail scene, Bar Margot; In-Room Dining for all 244 guest rooms and suites; as well as catering, which services 17,436 square feet (1,620 meters squared) of meeting and event space.

She joins Atlanta from Four Seasons Resort Lanai in Hawaii, where she was Restaurant General Manager for nearly three years. In 2004, she began her hospitality career as Room Service Coordinator at the former Four Seasons Newport Beach in California. Her proven excellence with the company led to progressive leadership positions from Restaurant Manager to Assistant Director of Banquets and In-Room Dining Manager, while moving to properties in Scottsdale, Arizona; St. Louis, Missouri; Hualalai, Hawaii; and Philadelphia, Pennsylvania. The Orange County, California native graduated magna cum laude from California State Polytechnic University – Pomona with a Bachelor’s Degree in Hotel & Restaurant Management; she continued her education and earned a Master of Business Administration from University of Phoenix.

Demian Kojro, in his promoted role of Rooms Division Manager, is responsible for much of the first impressions and curated guest connections at the Hotel – including the management of all 244 hotel guest rooms and suites, Housekeeping, the Front Desk and Concierge Services, as well as Valet and the Tesla Model S house car. His congenial personality and sincere love for delivering memorable moments has been known to inspire fellow colleagues and delight guests.

Born and raised in Argentina, Kojro graduated from Universidad Nacional de Quilmes earning a Bachelor’s degree in Hotel Administration. He began his hospitality career in 2008 with Four Seasons Hotel Buenos Aires as a pool attendant, then advanced to guest relations positions in the Spa and Front Desk. Expanding his horizons, Kojro moved with the company to Arizona, where he became Front Desk Manager at Four Seasons Resort Scottsdale. In 2016, he continued his trek with Four Seasons to Atlanta, accelerating from Front Office Manager to Director of Housekeeping, and now Rooms Division Manager.