Los Angeles, 2014-04-2 — /Travel PR News/ — Deirdre Bradford has been promoted to Director of Spa at Four Seasons Hotel Los Angeles at Beverly Hills. She was previously the Assistant Spa Manager, where she managed the daily operations of the Spa, including training, scheduling and supervising employees, providing recognition to Spa guests, and conducted monthly staff meetings.

Bradford joined Four Seasons Hotel Los Angeles at Beverly Hills in early 2011, where she gained experience and expertise in several areas of the Hotel before joining the Spa.

“We are thrilled to have Deirdre lead the Spa with her dedication, expertise and enthusiasm to launch new exclusive Spa treatments and bring the Spa to the next level,” says General Manager Mehdi Eftekari.

Prior to joining Four Seasons Hotel Los Angeles at Beverly Hills, Bradford worked in food and beverage at the Westchester Country Club in Rye, New York, helping to manage three restaurant outlets and supervising 30 employees. Prior to that, she worked as a human resources assistant at the Statler Hotel in Ithaca, New York, where she was an instructor in the training of more than 20 employees.  She also worked in operations at the Breakers Hotel in Palm Beach, Florida, where she helped to manage three upscale restaurant concepts.

Bradford graduated from Cornell University with a Bachelor of Science degree in Hotel Administration. 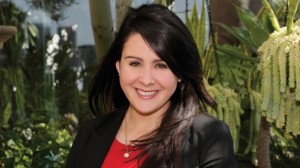