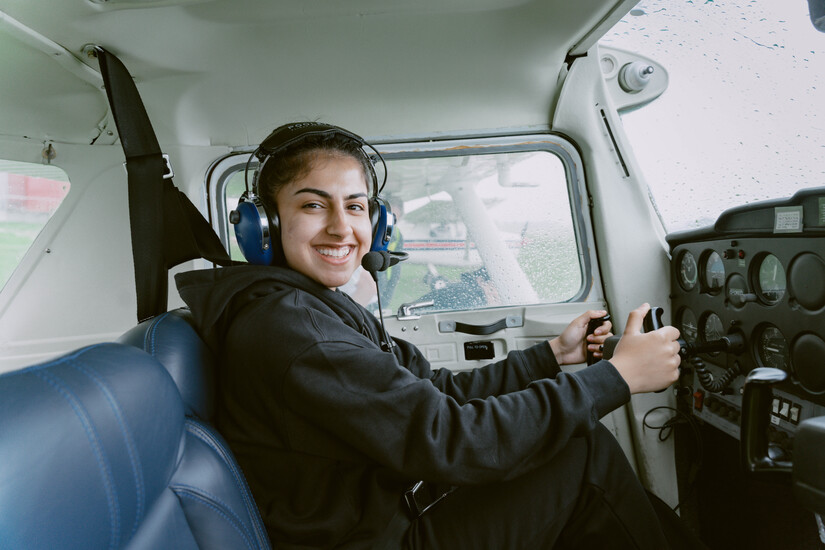 The fund, which is part of the airline’s BA Better World sustainability programme, will further support organisations and projects that have a positive impact in communities within the UK, enabling British Airways to support projects that deliver benefits for climate, communities, colleagues and nature, all of which align with its sustainability aims. It also enables British Airways to deploy its people and resources to help communities affected by crisis.

The BA Better World Community Fund invites charities and social enterprise groups to apply for funding from the airline via Crowdfunder here, where applications will be reviewed and selected by the Community Governance Board*. Organisations can apply for funds and allocation will be set against criteria that match the sustainability aims of the airline’s BA Better World programme, which includes championing diversity, inclusion and wellbeing, tackling climate change, engaging colleagues in positive action and supporting communities around the world.

Organisations can use the funding to further create a positive impact in their communities, such as by developing a new approach, product or technology, implementing a new initiative or even by expanding existing services to a new area to reach more people.

British Airways has kickstarted the launch by selecting four organisations for its first round of funding through this process, including Fantasy Wings, Global Grooves, Energy Garden and Black2Nature. These projects deliver many benefits, including increasing diversity in the aviation industry, bringing inspirational Carnival arts from around the world to communities in the UK and globally, installing green spaces in London’s urban areas and organising nature camps in the countryside for young people from visible minority ethnic backgrounds.

Lisa Tremble, Director of Corporate Affairs and Sustainability and Chair of the Community Governance Board at British Airways said: “We are really proud to launch this exciting initiative, and as the nation’s flagship carrier airline we know how important it is to continue to connect with and invest in communities.

“We have supported our colleagues and customers in charitable giving for decades and look forward to doing even more to make a difference and offer life-changing opportunities to many community-led projects in the UK.”

Simon Deverell, Founder and Creative Director at Crowdfunder said: “We are delighted to be powering BA’s Community Fund programme. At Crowdfunder, we believe it’s hugely important to connect corporates with communities and bring impactful funding opportunities to those who wouldn’t otherwise receive them. We look forward to seeing the amazing projects that will become possible through this fund.”

British Airways has supported community-led initiatives across the UK and around the world for more than thirty years and this new Community Fund adds another important element to the airline’s portfolio of community support.

The new Community Fund complements the airline’s Flying Start programme, the airline’s global charity partnership with Comic Relief that has raised more than £26 million since it first began in 2010, helping more than 925,000 people in some of the most disadvantaged communities in the UK and around the world. British Airways has offered colleagues the opportunity to donate to any charity of their choice through its Payroll Giving scheme. It has also worked with the Disaster’s Emergency Committee in times of crisis, including providing continued support for the Ukrainian Humanitarian Appeal and flew 45 tonnes of medical aid to India during the height of the pandemic last year.

*The Community Governance Board includes 10 board members within British Airways who oversee the BA Better World Community Fund by reviewing and approving projects for funding. The Board will assess how the fund operates and its impact. All projects must go through due diligence and governance processes with Crowdfunder.

Fantasy Wings aims to increase diversity in the aviation and commercial air pilot industries by creating opportunities for young people from underrepresented groups including those from Black, Asian and minority ethnic backgrounds to participate in expert-led workshops, conferences, mentoring and real flight training. Open to applicants between the ages of 13 and 25, it also seeks to boost the representation of women within these industries, particularly those from disadvantaged backgrounds, through practical training and hands-on mentoring.

Global Grooves is a grassroots creative organisation that brings inspirational carnival arts practice from around the world into communities across the UK and beyond. Global Grooves is founded and led by a team of diverse artists and social entrepreneurs who understand the power of carnival to support the development of individuals and communities, such as producing outdoor arts presentations and reinvigorating the UK’s high streets.

Energy Garden is installing and maintaining a new community garden on the London Overground. This garden will turn a grey platform green and will join an existing network of 26 Energy Gardens at other stations, improving air quality and contributing to urban biodiversity and community wellbeing. This initiative also provides opportunities to young people from Black, Asian and minority ethnic backgrounds.

Black2Nature campaigns for equal access to nature for all, focusing on visible minority ethnic communities who are currently excluded from the countryside and are visibly distinct from those of the predominant ethnic or racial group in a society.  It runs nature camps, arranges nature activities, organises race equality in nature conferences and campaigns to make the nature conservation and environmental sectors ethnically diverse.