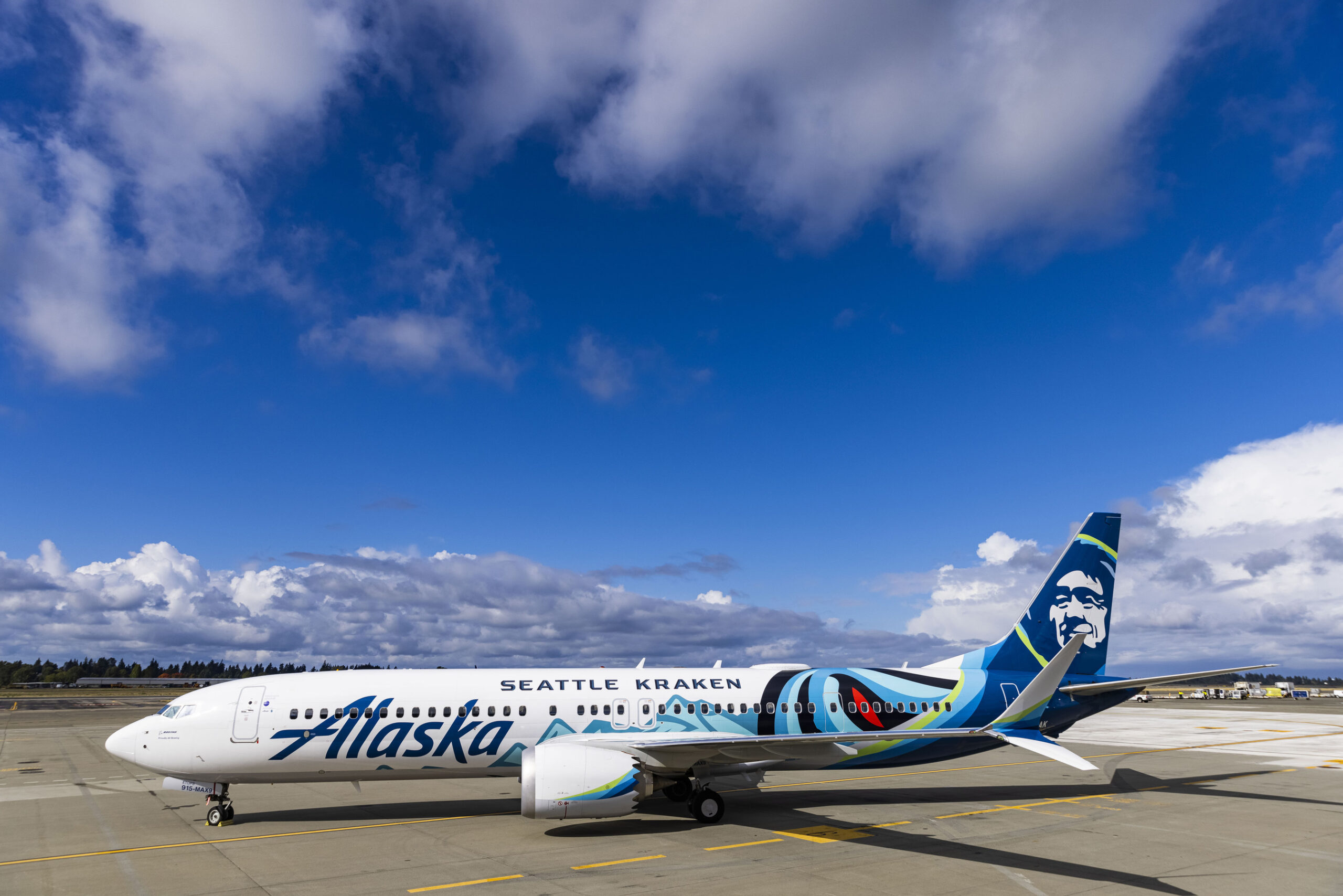 SEATTLE, WASHINGTON, 2021-Oct-14 — /Travel PR News/ — Hockey is back in Seattle, and Alaska Airlines is celebrating by welcoming a new Seattle Kraken theme plane into its fleet. The plane is just the beginning of a long-term major partnership between the hometown airline, the new hockey team, and new arena, which includes the naming of the Alaska Airlines Atrium at the Climate Pledge Arena and early boarding for Kraken fans wearing their jerseys for flights departing from Seattle-Tacoma International Airport (SEA) and Paine Field (PAE).

“As a lifelong hockey fan, I could not be more excited to have hockey returning to Seattle,” said Ben Minicucci, Alaska Airlines CEO. “The partnership with our hometown’s newest professional sports team is a natural fit for the two organizations – we are both focused on giving back to our communities and have a deep commitment to sustainability. I look forward to cheering the team on and off the ice.”

Designed in collaboration between lead Kraken designers and our own creative team, the Boeing 737-9 MAX features a partial Kraken logo to lean into the mystery of the actual “Kraken” brand and mascot. The plane was unveiled this morning to fans and guests awaiting a flight to Las Vegas, where the team will play its first regular season away game. In addition to its inaugural flight to Las Vegas, the plane, tail number N915AK, will fly on routes to Kraken away games in cities Alaska serves.

“The team will play its first regular season game in franchise history tomorrow and our fans who have been patiently waiting for this moment couldn’t be more excited,” said Tod Leiweke, CEO of the Seattle Kraken. “We couldn’t be happier to share this moment with our partners at Alaska Airlines, celebrating with fans aboard this one-of-a-kind plane carrying the spirit of the Kraken to Las Vegas and beyond.”

Guests entering the main entrance on south side of the Climate Pledge Arena will enter through The Alaska Airlines Atrium. The 21,300 square-foot glass atrium features stories and images reflecting the Pacific Northwest region and travel opportunities within our region and around the globe that will be displayed on over 8,000 square feet of LED. The atrium aids the arena in reaching it’s net-zero carbon goals as it houses 475 solar panels that provide electricity to the building. Fans will also see Alaska branding on the ice and on several boards around the hockey rink during game.