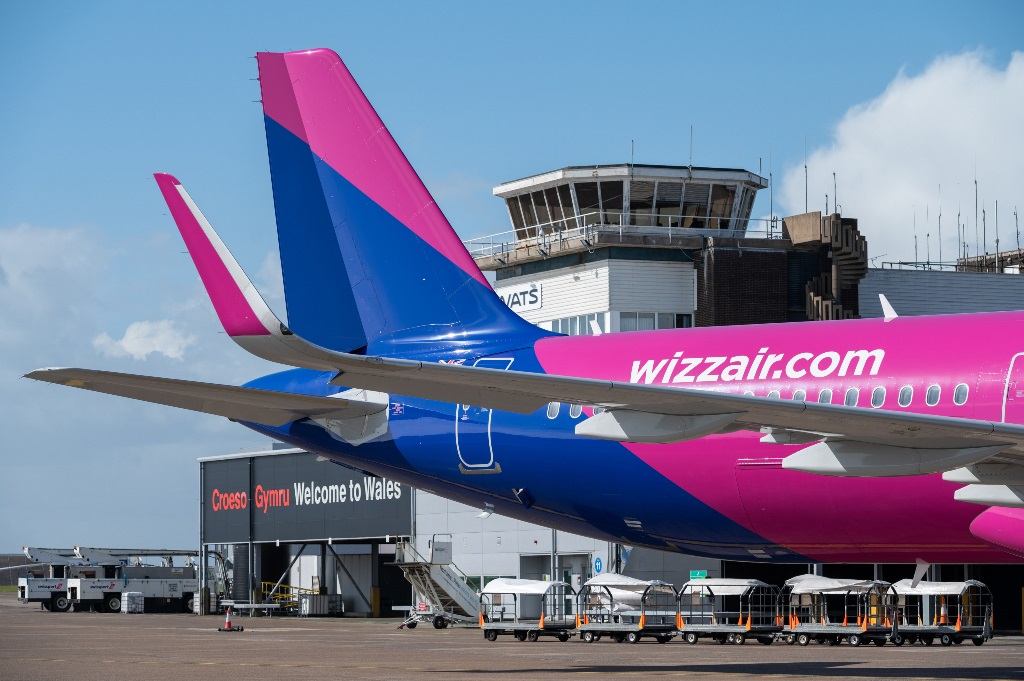 Budapest, Hungary, 2022-Apr-12 — /Travel PR News/ — Wizz Air, Europe’s fastest growing and most sustainable airline**, today (APR 8, 2022) launches its new base at Cardiff Airport with nine new routes to sunshine destinations across Europe and beyond. Tickets are available now for flights with Cardiff’s new hometown airline, on wizzair.com and on the airline’s mobile app, with fares starting from just £12.99*.

The new base at Cardiff Airport is Wizz Air’s fourth in the UK. Wizz Air’s Welsh customers and those from South West England will be able to take advantage of ultra-low fares on direct flights to sunshine destinations from Cardiff Airport for the first time. The airline will operate routes to Alicante, Faro, Heraklion, Palma de Mallorca, Larnaca, Lanzarote and Tenerife, with flights to Corfu planned to start in June, and Sharm El Sheikh in November. Whether it’s a Greek island getaway to sunny Corfu, a relaxing golfing weekend in the Algarve, or an adventure filled holiday further afield in Sharm El Sheikh, there is a destination for every traveller.

The airport marks Wizz Air’s first venture into Wales, with the new base representing a significant investment in Cardiff Airport and the local region by creating over 40 direct jobs and over 250 indirect jobs***, supporting industries such as aviation, transportation, hospitality, and tourism. Connecting Wales with nine popular holiday destinations will provide a boost to the local economy by increasing the annual capacity of Cardiff Airport by over 330,000 seats, providing local passengers with even more affordable and exciting travel opportunities on their doorstep.

The airline was also recently announced as the new title sponsor of the Cardiff Half Marathon, with the first Wizz Air Cardiff Half Marathon taking place on Sunday 2 October 2022. The sponsorship builds on Wizz Air’s successful partnerships with running events across Europe, in cities such as Budapest, Skopje, and Bucharest, and demonstrates its strong commitment to Cardiff, as well as promoting inclusive sports tourism and an active lifestyle.

Wizz Air is recruiting for cabin and flight crew at Cardiff Airport, and welcomes applications from both experienced cabin crew, and those with no previous experience. Wizz Air provides industry-leading training, free uniforms, and an unlimited number of discounted tickets to more than 190 destinations in over 50 countries, including for friends and family. WIZZ also recently announced its biggest ever pay rise for its UK based cabin crew. An open recruitment day will be held on 14 April 2022 at the Holiday Inn Cardiff City Centre. For more information, please visit: careers.wizzair.com/content/EventsCabinCrew/.

Marion Geoffroy, Managing Director of Wizz Air UK, said: “This is a very exciting time for Wizz Air in the UK, as we celebrate the opening of our highly anticipated base at Cardiff Airport. By bringing our new and efficient Airbus aircraft to Cardiff, the wings of which are manufactured in Wales, we are providing a significant boost to the Welsh economy and creating jobs. The base, which is our fourth in the UK, will bring further connectivity to the region, with passengers in Wales and the South West of England now able to take advantage of our ultra-low fares to “fly local” to their favourite getaways. We’ve been busy building our Cardiff team, and as we continue to recruit, we encourage those looking for their next adventure to apply today. We look forward to the upcoming summer season, as we welcome new passengers with affordable, direct flights to popular holiday destinations”.

Spencer Birns, Chief Executive Officer, Cardiff Airport said: “We’re delighted to welcome the opening of the Wizz Air base today, as it marks a real turning point for the airport in its post-Covid revival plans. Our customers in Wales have been asking for a more cost-effective choice for many years. What makes this launch so exciting is that Wizz Air is an ultra-low-cost airline that will help build competition and offer improved choice to people living in Wales. This is because of Wizz Air’s ultra-low fares – from as little as £12.99 one-way.”

For ultimate peace of mind, passengers can book tickets with the airline’s travel insurance package which includes Covid-19 cover**** and WIZZ Flex. With WIZZ Flex, passengers can cancel their flight up to three hours before departure without any fee and receive 100% of the fare immediately reimbursed in airline credit.

*One-way price, including taxes, administration and other non-optional charges. One carry-on bag(max: 40x30x20cm) is included. Trolley bag and each piece of checked-in baggage is subject to additional fees. The price applies only to bookings made on wizzair.com and the WIZZ mobile app.

** Based on the Sustainalytics Rating.