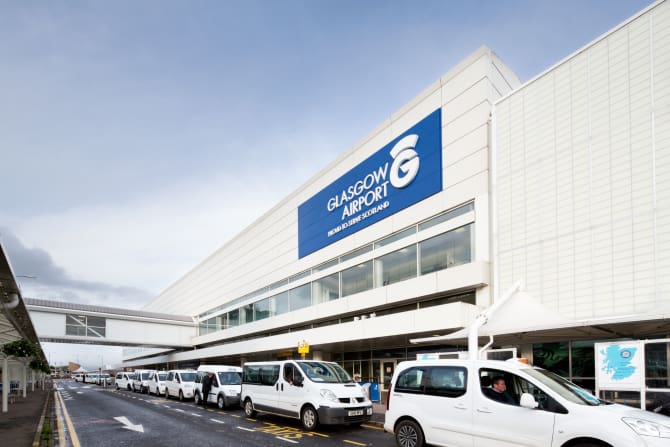 The airline, which is a wholly owned subsidiary of the Lufthansa Group, will introduce a year round, twice weekly service with the inaugural flight taking off on 31 March 2017. The flights will operate on a Wednesday departing at 0805 and on a Friday departing at 1330.

Munich is the third largest city in Germany and is renowned for its stunning architecture, surrounding snow-topped mountains and the annual Oktoberfest festival which attracts tens of thousands of tourists from across the globe every year.

Glasgow Airport has secured over 50 new routes and services over the course of the past two years including services to a host of European cities including Brussels, Budapest, Bucharest, Prague, Milan and Bordeaux.

Francois Bourienne, commercial director at Glasgow Airport, said: “We have enjoyed real success in strengthening our connectivity with key European cities, all of which have generated significant demand from passengers. This introduction of Eurowings’ direct service to Munich is fantastic news for Glasgow and for our passengers.Not only will it result in a regular twice weekly service to one of the wealthiest regions in Europe, our passengers will have access to the extensive onward connectivity offered by the Lufthansa network.”

Councillor Frank McAveety, the Leader of Glasgow City Council, said: “Glasgow is open for business and open to visitors and we have worked hard to further increase our connectivity with the world. Munich is a fantastic city and a key hub and I’m delighted that at a time of great uncertainty, we’re further strengthening our ties with our European neighbours.”

Malcolm Roughead, Chief Executive of VisitScotland, added:“VisitScotland plays a very important role in partnering airlines on innovative marketing programmes, helping to bring new and extended routes to Scotland’s network. We are delighted that Eurowings has introduced this new service from Munich, which will allow us to welcome even more visitors from one of Scotland’s biggest international markets.”

Glasgow Airport is owned by AGS Airports Limited. AGS Airports is a partnership between Ferrovial and Macquarie Infrastructure and Real Assets (MIRA) established in 2014 to invest in Aberdeen, Glasgow and Southampton airports. In December 2014, Amanda McMillan, Managing Director of Glasgow Airport, was appointed as the CEO for AGS as a group.

With 30 airlines serving more than 120 destinations worldwide, including Canada, the US, the Caribbean, Europe and the Gulf, Glasgow Airport is Scotland’s principal long-haul airport.

In addition to being Scotland’s largest charter hub, Glasgow Airport serves more Scottish destinations than any other airport and is a key component of Scotland’s transport infrastructure. The airport supports over 7,300 jobs across Scotland and makes the largest contribution of any airport to Scotland’s economy, generating hundreds of millions of pounds.

Glasgow Airport will celebrate its golden anniversary in 2016. It was officially opened by Her Majesty the Queen on 27 June 1966.