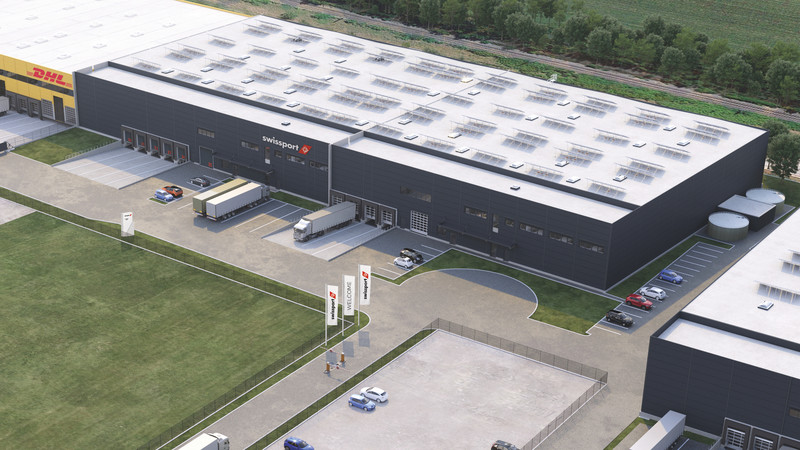 Swissport has signed a 7-year lease for two air cargo terminals nearby Vienna Airport. The adjacent 8,000 sqm warehouses are part of the Deutsche Logistik Holding‘s ‘SkyLog park Vienna’ in the Fischamend region and will allow Swissport to further expand its cargo activities at Vienna Airport. The brand-new building will offer ample warehouse and office space right in the center of the industrial zone and increase the warehousing capacity by nearly 50%, allowing Swissport to grow its share in forwarder handling. It is the second major investment in Vienna, following the opening of a warehouse with direct tarmac access right at Vienna Airport in mid-2019. The completion of construction work is scheduled for the fourth quarter of this year, when operations will move from the 4,600 sqm Cargo Nord Object 10. Swissport in Vienna will then operate two state-of-the-art facilities.

“Despite persisting challenges to global aviation, air cargo volumes have rebounded and again reached 2019 levels. Our business in Vienna has also been developing favorably. We are proud of our committed team there and pleased to announce our new warehouse.” says Henning Dieter, Head of Swissport Cargo Services Germany & Austria. “It will support our expansion into forwarder handling and greatly benefit our customers and staff.”

On top of the increased footprint and operational advantages that come with the brand-new facility and overall environment, the new building is set to achieve a superior environmental performance, for example by supporting its nearly all-electric ground service equipment fleet with energy from its own solar panels.

Swissport inaugurated a 17,000 sqm air cargo warehouse and Pharma Center at Frankfurt Airport in November 2020 and recently opened a new office building in Brussels, where a complete refurbishment of the 25,000 sqm warehouse with 47 truck loading bays is currently underway.