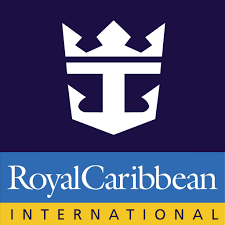 Royal Caribbean to open more than 1,400 opportunities to musicians, entertainers and production teams

LONDON, UK, 2022-Sep-27 — /Travel PR News/ — A recent survey* has revealed that 40% of emerging musicians say the biggest challenge preventing them from kickstarting their career is getting booked for live events, and Royal Caribbean International is stepping in. The world’s largest cruise line, with 26 ships and nearly 800 music sets and 142 production shows performed each night, is opening its doors to even more entertainers to join its 3,000-plus cast members and production staff. In the next year, more than 1,400 opportunities will be open to musicians, entertainers and production teams across the entire fleet, including the cruise line’s newest ship Icon of the Seas, which sets sail in 2023.

Music and entertainment are at the heart of Royal Caribbean holidays. There is a wide range of opportunities for artists and behind-the-scenes teams to bring to life entertainment experiences across original and West End productions, music performances, ice skating shows, high diving and acrobatic feats, and much more.

The past two years have been tumultuous for the entertainment industry. Seventy-five percent of musicians worried about their financial situation at least once a day, and a quarter of them considered leaving their profession altogether, according to a report by Help Musicians in January 2022. The opportunities Royal Caribbean offers as part of its programme give thousands of emerging artists the career kickstart they need.

“Music and entertainment are essential to making Royal Caribbean holidays memorable,” said Nick Weir, Senior Vice President, Entertainment, Royal Caribbean International. “We keep pushing the boundaries of what is possible in entertainment in front of 105,000 guests each night, and the choice of career opportunities available to entertainment professionals is in the thousands. To continue raising the bar, we are expanding our incredibly talented roster of world-class vocalists, Olympic athletes, Broadway and West End stars, acclaimed producers and directors, to name a few. We are also committing more resources than ever before to music and entertainment for 2023.”

The thrill of live music and travelling is undeniable for both performers and consumers. More highlights from the survey* show the following:

Rachael Hudson from Ramsbottom in Lancashire, a superhero in Royal Caribbean’s original production “Effectors II: Crash ‘n’ Burn” on board Wonder of the Seas, has worked with the cruise line for more than five years as a featured singer on Explorer, Oasis and Quantum of the Seas. She said: “In our industry, the opportunity to perform live and hone your skills every day is so rare, and I am truly able to build a career at Royal Caribbean. I work alongside the world’s most experienced producers, choreographers and coaches in the business while travelling to amazing places like Miami, The Bahamas and Rome. After the last few years, it is incredible to be back performing live in front of audiences from all over the world.”

For more than 50 years, Royal Caribbean has set the stage for incredible family holidays with world-class entertainment that rivals the West End and Broadway. Performers have the opportunity to develop their talent with regular work – multiple nights a week – in front of an engaged, entertainment-loving audience of thousands, all while travelling the world. As many as 25,000 performers from across the world audition for Royal Caribbean every year, with many training at its 132,500-square-foot, state-of-the-art entertainment studio facility in Miami. Musicians, entertainers and behind-the-scenes talent can apply for brand-new and life-changing opportunities here.

Royal Caribbean International, owned by Royal Caribbean Group (NYSE: RCL), has been delivering innovation at sea for more than 50 years. Each successive class of ships is an architectural marvel that features the latest technology and guest experiences for today’s adventurous holidaymaker. The cruise line continues to revolutionise holidays with itineraries to 240 destinations in 61 countries on six continents, including Royal Caribbean’s private island destination in The Bahamas, Perfect Day at CocoCay, the first in the Perfect Day Island Collection.

Media can stay up to date by following @RoyalCaribPR on Twitter and visiting RoyalCaribbeanPressCenter.com. For additional information or to make reservations, holidaymakers can call their travel advisor or visit RoyalCaribbean.com.