A330 to be introduced to cater for expanding passenger demand

The switch from the A320 to an A330 will increase the total number of weekly seats servicing the route to 336 Business Class seats and 3,304 Economy Class seats, resulting in an increase of 168 and 1,624 seats respectively.

Qatar Airways Country Manager Germany & Austria, Mr. Günter Saurwein said: “We recently celebrated the 10th anniversary of our first flight to Vienna; a milestone which is a testament to our commitment to not only the city, but to our customers as well. We are extremely pleased that we are now able to offer an increase in capacity by introducing the A330 to the route in order to help meet the growing needs of our passengers. It has been a pleasure to work with Vienna Airport in developing this route over the last decade and we look forward to many more successful years working together.”

Vienna Airport Board Member, Mr. Julian Jäger added: “Our cooperation with Qatar Airways has worked well for many years, and we see the sound development of traffic on this route as a very positive factor. We therefore welcome the changeover to a larger aircraft and the resulting expansion of capacity on these flights. This will further enhance the role of Vienna Airport as a gateway to the Middle East.”

You may also be interested in:  Qatar Airways announces resumption of its services to Málaga

Qatar Airways’ global network offers both business and leisure passengers convenient connections to a number of destinations throughout its network of more than 135 destinations.

The airline has seen rapid growth in just 17 years of operations, to the point where it now flies a modern fleet of 131 aircraft to 137 key business and leisure destinations across Europe, the Middle East, Africa, Asia Pacific and the Americas.

You may also be interested in:  Qatar Airways passengers get a taste of Thailand and Sri Lanka over the Thai and Sri Lankan New Year

During the 2013 Dubai Air Show the airline placed orders for more than 60 new aircraft – a mixture of Boeing 777X and Airbus A330 Freighters. In total the airline has 300 aircraft on order worth more than US $50 billion. The airline will move into its new hub and home, Hamad International Airport from early 2014. For more information, visit www.qatarairways.com. 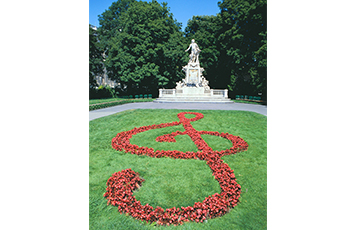