Scottish Capital to be Airline’s Third Destination in the UK

Flying direct from Doha, Qatar Airways will provide seamless connections for passengers to many of its destinations worldwide including the Middle East, India and the Far East. The new route will be served by a Boeing 787 Dreamliner in a two-cabin configuration, offering passengers 22 Business Class and 232 Economy Class seats.

Recognised as a World Heritage Site, Edinburgh boasts a long and colourful history which can be seen in the cobbled streets of the Royal Mile and the iconic architecture such as Edinburgh Castle.  Often referred to as the “Gateway to Scotland”, Edinburgh is situated in the Lothian, or lowlands region, through which the rest of the country can be easily accessed.

A vibrant city, visitors can experience world-class music, theatre, art and sport all year round while discovering hidden gems of Scottish hospitality in many of the city’s neighborhoods.

Edinburgh Airport will be the airline’s third destination in the United Kingdom preceded by London in 1997 and Manchester in 2003. The airline currently operates flights to the UK’s London Heathrow with five flights per day while flying 10 times per week to Manchester Airport.  The schedule for the new destination is as follows:

On October 30, 2013, Qatar Airways joined the oneworld Alliance, becoming the only major Gulf carrier to join a global airline alliance, enabling its customers to benefit from almost a thousand airports in more than 150 countries, with 14,000 daily departures.

The airline has also been named Best Airline in the Middle East for the seventh year in a row, and its Premium Terminal at Doha International Airport named Best Premium Service Airport for the third consecutive year in 2013. Qatar Airways has also twice been the recipient of the prestigious Skytrax Airline of the Year Award in 2011 and 2012. Skytrax is the only global independent passenger survey monitoring airline standards and is considered the ultimate benchmark for excellence in the airline industry.

Qatar Airways currently has orders worth over US$50 billion for more than 250 aircraft, including Boeing 787s, 777s, Airbus A350s, A380s and A320 family of aircraft. For more information, visit www.qatarairways.com. 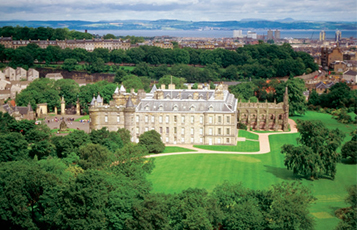