After Debuting Its A380 First Class Seats at ITB Berlin, Award-winning Airline Reveals a Sneak Preview of the State-of-the-art Aircraft’s First and Business Class Lounge and Bathrooms

The onboard lounge of Qatar Airways’ A380 has been designed to ensure that every feature is the finest and most comfortable in the sky. Designed with passengers foremost in mind, the lounge offers them an ideal place to engage with a friend, sit and relax, or just move around.

The lounge also offers passengers an escape from the typical airplane environment and has been developed to make them feel like they are in their own executive club. The spaciousness of the lounge combined with the most advanced mood lighting system available helps make passengers feel refreshed when they return to their cabin for rest or work.

The First Class bathrooms have also been customised to create a spa-like warmth with contemporary clean lines and a finish that comes with the most luxurious amenities. The lavatories include features such as modern taps which are sensor operated and large square modern sinks which help to maximise space.

“Unrivalled onboard passenger comfort is an increasingly important differentiator and is becoming a fundamental deciding factor driving passenger choice – and Qatar Airways has designed its A380 with this firmly in mind.”

You may also be interested in:  Qatar Airways partners with The White Company to provide exclusively-designed sleepwear to First and Business Class passengers

The airline is due to receive its first A380 very soon, the first of 13 such aircraft on order and it will be deployed on one of its busiest routes, Doha – London Heathrow on June 17.

Qatar Airways is celebrating a year of exceptional fleet growth as it is also set to welcome the first of 80 Airbus A350s on order later this year, being the global launch customer of the world’s newest aircraft. Meanwhile the airline is also currently making enhancements to its select A320 and A330 fleet by upgrading its Business Class seating so that they recline into 180-degree fully lie-flat beds.

Qatar Airways has seen rapid growth in just 17 years of operations, currently flying a modern fleet of 134 aircraft to 138 key business and leisure destinations across Europe, the Middle East, Africa, Asia Pacific and the Americas.

About Qatar Airways:
Qatar Airways is the national carrier of the State of Qatar. Currently undergoing rapid expansion, Qatar Airways is one of the fastest growing airlines operating one of the youngest fleets in the world. Now in its 17th year of operations, Qatar Airways has a modern fleet of 131 aircraft flying to 138 key business and leisure destinations across six continents.

You may also be interested in:  Qatar Airways celebrated expansion in Pakistan with VIP dinner featuring the launch of a community initiative

During the 2013 Dubai Air Show the airline placed orders for more than 60 new aircraft – a mixture of Boeing 777X and Airbus A330 Freighters. In total the airline has more than 300 aircraft on order worth more than US $50 billion. The airline will move into its new hub and home, Hamad International Airport, in 2014. For more information, visit our homepage www.qatarairways.com or our sites on Facebook, Twitter, Google+, Instagram, and YouTube. 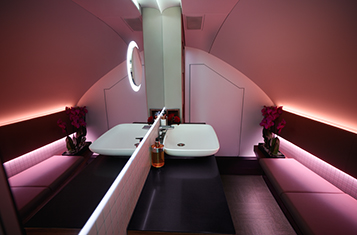 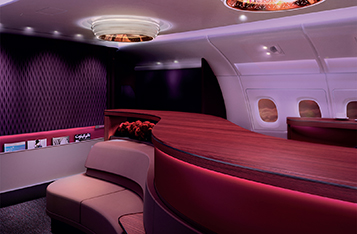