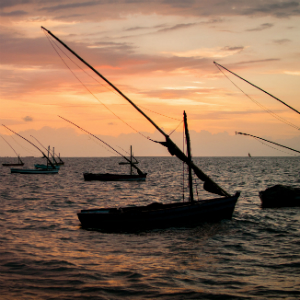 Doha, Qatar, 2017-Nov-05 — /Travel PR News/ — Qatar Airways is pleased to celebrate its five-year anniversary of operating direct flights from Doha to Maputo, Mozambique. On 31 October, the airline celebrated this milestone by giving away gifts to arriving and departing passengers at Maputo International Airport.

Mozambique, known for its white sand beaches, turquoise waters and world-class snorkelling, is renowned as Africa’s best-kept secret. Qatar Airways’ service to the capital city of Maputo, launched in 2012, offered passengers a new gateway to this coastal paradise.

Qatar Airways Group Chief Executive, His Excellency Mr. Akbar Al Baker, said: “In the  five years, Maputo has demonstrated just how attractive it is as a tourist destination. An excellent example of an underserved destination, this hidden African gem has offered many tourists a truly memorable and authentic experience. We are delighted to be celebrating five years of service on this route, and we look forward to many more celebrations on the African continent.”

Qatar Airways operates three flights a week to Maputo with an Airbus A330 aircraft, featuring 24 seats in Business Class and 236 seats in Economy Class. Passengers are able to enjoy the airline’s superior entertainment system, Oryx One, which offers up to 4,000 entertainment options. Business Class passengers can also enjoy flatbed seats as well as a dine-on-demand option, offering a world-class standard of comfort on board.

Africa is also a key market for Qatar Airways Cargo, and the introduction of passenger flights to Maputo five years ago has greatly benefitted local trade in Mozambique. Imports into Maputo consist mainly of pharmaceuticals, medical equipment and supplies, electric equipment and machinery and household goods. The cargo carrier provides over 30 tonnes of belly space on the A330 flights every week to the Mozambique’s capital and largest city.

Earlier this month, the airline also celebrated its one-year anniversary of operating direct service to Windhoek, Namibia, and it prepares to celebrate its first year of operations to the Seychelles towards the end of the year.

The award-winning airline has received a number of accolades this year, including Airline of the Year by the prestigious 2017 Skytrax World Airline Awards, which was held at the Paris Air Show. This is the fourth time that Qatar Airways has been given this global recognition as the world’s best airline. In addition to being voted ‘World’s Best Airline’ by travellers from around the world, Qatar’s national carrier also won a raft of other major awards at the ceremony, including ‘Best Airline in the Middle East,’ ‘World’s Best Business Class’ and ‘World’s Best First Class Airline Lounge.’

The airline’s hub, Hamad International Airport (HIA), is the first airport in the Middle East to receive a 5-Star rating from Skytrax. The 5-Star Airport rating is only awarded to airports that achieve the highest overall Quality Performance, recognising the provision of excellent facilities for travellers and high quality airport staff service. Only six airports in the world hold this prestigious title, including Singapore, Seoul, Hong Kong, Tokyo-Haneda and Munich. Passengers transfer through our hub in as little as 45 minutes, seamlessly connecting to more than 150 destinations on Qatar Airways’ network.

Qatar Airways has added many new exciting destinations to its network in 2017, including Nice, Dublin and Prague, to name a just a few.