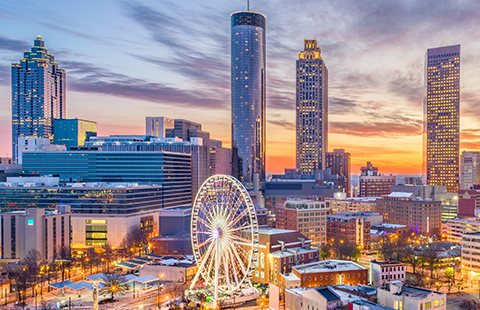 DOHA, Qatar, 2021-Jan-22 — /Travel PR News/ — Qatar Airways is pleased to announce it will add its 12th gateway in the U.S. with the resumption of four-weekly Atlanta flights starting 1 June. The carrier will also significantly increase frequencies adding an additional 13 weekly flights to operate a total of 83 weekly flights across its 12 gateways. Having become the largest international carrier during the early stages of the pandemic, the airline has applied its unrivalled knowledge of global passenger flows and booking trends to rebuild its global network and cement its position as the leading Middle East airline connecting the U.S. with Africa, Asia and the Middle East.

Qatar Airways Group Chief Executive, His Excellency Mr. Akbar Al Baker, said: “We are proud to be the leading Middle East airline providing safe and reliable connectivity to and from the United States via the Best Airport in the Middle East, Hamad International Airport. Having never stopped flying to the U.S. throughout the pandemic, we have steadily rebuilt our network, gradually resuming destinations and adding more frequencies. With the upcoming launch of Seattle and the resumption of Atlanta, we will reach 12 gateways in the U.S, two more than what we operated pre-COVID-19.

“Our commitment to the U.S. market has also seen us add and expand strategic partnerships with American carriers, offering our passengers hundreds of additional flight connections with Alaska Airlines, American Airlines and JetBlue. As we look forward to global travel recovering in 2021, we will remain focused on providing seamless, safe and reliable connectivity to our millions of passengers and ensuring we continue to earn their trust every time they choose to fly with Qatar Airways.”

In line with the airline’s steady rebuild of its U.S. network, Qatar Airways plans to resume services and increase frequencies to several destinations:

Seattle is the seventh new destination and the second in the U.S. to be added by Qatar Airways since the start of the pandemic. The launch of flights to Seattle and resumption of Atlanta will increase Qatar Airways’ U.S. network to 12 destinations in the U.S., connecting onwards to hundreds of American cities through strategic partnerships with Alaska Airlines, American Airlines and JetBlue. Atlanta and Seattle join existing U.S. destinations including Boston (BOS), Chicago (ORD), Dallas-Fort Worth (DFW), Houston (IAH), Los Angeles (LAX), Miami (MIA), New York (JFK), Philadelphia (PHL), San Francisco (SFO) and Washington, D.C. (IAD). The national carrier of the State of Qatar continues to rebuild its global network, which currently stands at over 120 destinations with plans to increase to over 130 by the end of March 2021.

Qatar Airways has become the first global airline in the world to achieve the prestigious 5-Star COVID-19 Airline Safety Rating by international air transport rating organisation, Skytrax. This follows HIA’s recent success as the first airport in the Middle East and Asia to be awarded a Skytrax 5-Star COVID-19 Airport Safety Rating. These recognitions provides assurance to passengers across the world that airline health and safety standards are subject to the highest possible standards of professional, independent scrutiny and assessment. For full details of all the measures that have been implemented onboard and in HIA, please visit qatarairways.com/safety.

Passengers can book flights with peace of mind, knowing that Qatar Airways offers unlimited date changes and fee-free refunds for all tickets issued before 30 April 2021, for travel completed by 31 December 2021. The carrier’s industry-leading flexible booking policy also provides the permanent feature of exchanging tickets for a travel voucher with 10% additional value for all customers booking travel via qatarairways.com. For full terms and conditions visit qatarairways.com/Flexibility.

A multiple award-winning airline, Qatar Airways was named ‘World’s Best Airline’ by the 2019 World Airline Awards, managed by Skytrax. It was also named ‘Best Airline in the Middle East’, ‘World’s Best Business Class’, and ‘Best Business Class Seat’, in recognition of its ground-breaking Business Class experience, Qsuite. The Qsuite seat layout is a 1-2-1 configuration, providing passengers with the most spacious, fully private, comfortable and social distanced Business Class product in the sky. Qsuite is available on flights to more than 45 destinations including Johannesburg, Maldives, Riyadh and Singapore. It is the only airline to have been awarded the coveted ‘Skytrax Airline of the Year’ title, which is recognised as the pinnacle of excellence in the airline industry, five times.