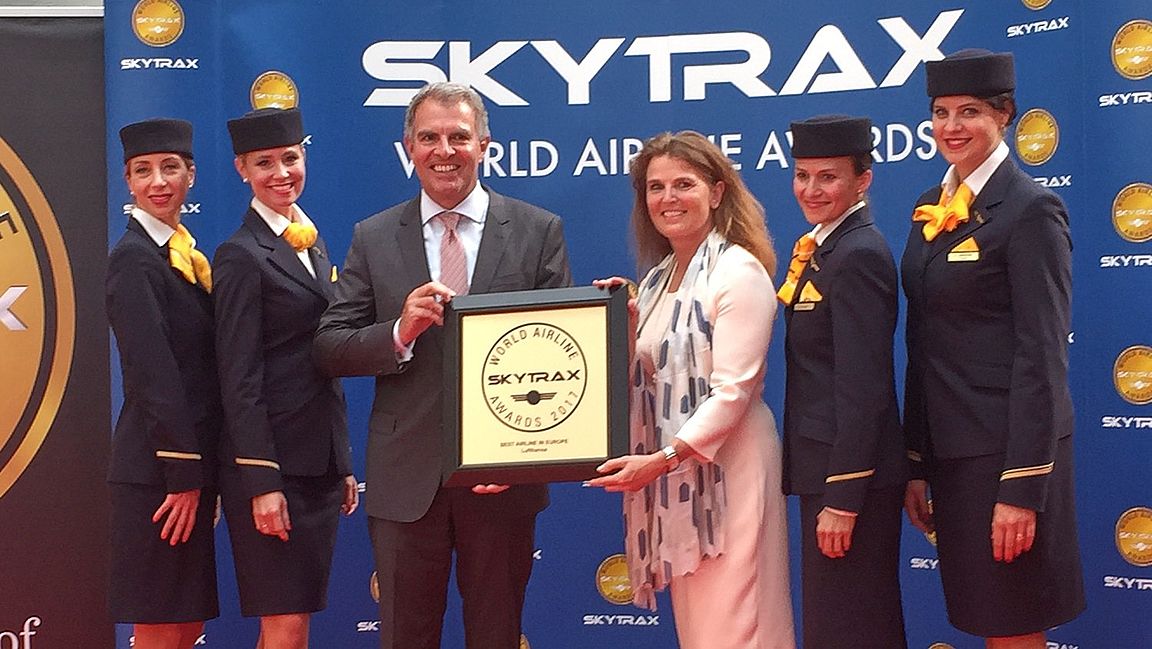 Cologne, Germany, 2017-Jun-26 — /Travel PR News/ — Lufthansa has been voted the “Best Airline in Europe”. The award was given at the Paris Air Show on 20 June 2017 in Le Bourget. The market research institute Skytrax, which specializes in aviation, surveyed around 18 million passengers from over 160 countries worldwide.

In the survey, passengers from across the globe spoke in favour of the German premium carrier, thus acknowledging the services offered by Lufthansa. Carsten Spohr, Chairman of the Executive Board and CEO at Deutsche Lufthansa AG: “The service offered by our crews on board and on the ground as well as our investments over the past few years in the fitting of our cabins and lounges, in addition to the service and digitalization, have paid off. The Skytrax Award is evidence that Lufthansa passengers appreciate our quality. The combination of premium service and excellent facilities has impressed passengers worldwide and made us Europe’s number one. Our offer has never been better.” On receipt of the award, Carsten Spohr thanked the employees of Lufthansa in particular, who made this success possible with their excellent work.

The survey was carried out by the market research institute Skytrax, which specializes in aviation. As part of this, the services on board as well as the airline services at the airports were rated. Skytrax has been carrying out the annual survey since 1999.