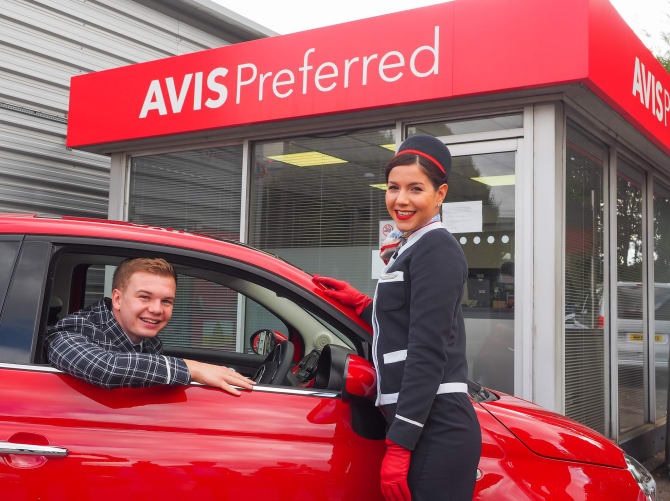 Norwegian Reward makes it easier for its members to earn cheaper or free flights for everyday consumers. Members receive CashPoints, valued approximately 10 to £1, which can be earned by booking Norwegian flights and purchasing products and services with its growing list of partners. CashPoints can then be spent toward the cost of Norwegian flights, including all flight extras and taxes.

From today, Norwegian Reward members can earn up to 10% CashPoints and up to a 15% discount when booking car hire with Avis*. Members can also add an additional driver for free.

In the coming weeks, frequent flying members who take more than six Norwegian flights in a year will receive an invitation to the Avis Preferred Plus tier within the Avis Preferred loyalty scheme, for at least a year. Members with 18 Norwegian flights or more will receive an invitation to Avis President Club, for at least one year. Norwegian Reward members will also be able to claim missed CashPoints up to six months after the car rental ends.

Brede Huser, Managing Director at Norwegian Reward said:“Building on the success of Norwegian Reward’s growth, we’re delighted to add Avis to our growing list of partners where members can earn CashPoints.

“With more than 8 million Reward members worldwide saving money on Norwegian flights, adding car rental to their holidays can provide even more relief to their wallets thanks to our new partnership with Avis.”

Julia Kemp, Director of Global sales and Partnerships at Avis: “We are thrilled to be the official car rental partner for Norwegian Reward. Ensuring excellent customer service and rewarding our customers is very important to us and being able to offer the benefits of our loyalty programme Avis Preferred, to members of Norwegian Reward is a great fit.”

Norwegian Reward has more than 8.3 million members worldwide and 1.2 million in the UK. The loyalty scheme was voted ‘Program of the Year Europe & Africa’ for the second consecutive year at the 2018 Freddie Awards.

Norwegian Reward is the award-winning loyalty programme of Europe’s third largest low-cost airline, Norwegian. The loyalty programme launched in 2007 and currently has more than 8.3 million members worldwide earning CashPoints which helps reduce the cost of travel with Norwegian. Norwegian Reward won ‘Program of the Year Europe and Africa’ and ‘Best Promotion’ at the 2018 Freddie Awards and Airline Program of the Year and Best Loyalty Credit Card Europe/Africa at the 2017 Freddie Awards. For more information please visit www.norwegianreward.com

Avis operates one of the world’s best-known car rental brands with approximately 5,500 locations in nearly 170 countries. Avis has a long history of innovation in the car rental industry and is one of the world’s top brands for customer loyalty. Avis is owned by Avis Budget Group, Inc. (NASDAQ:CAR), which is the parent company of Avis, Budget, Zipcar, Payless, Apex Car Rentals, France Cars and Maggiore. Through these leading mobility brands, customers can get just about any type of vehicle (car, truck, van), for any length of time (minute, hour, day, month), for any purpose (business, leisure), across more than 11,000 locations in approximately 180 countries. For more information, visit www.avis.com.