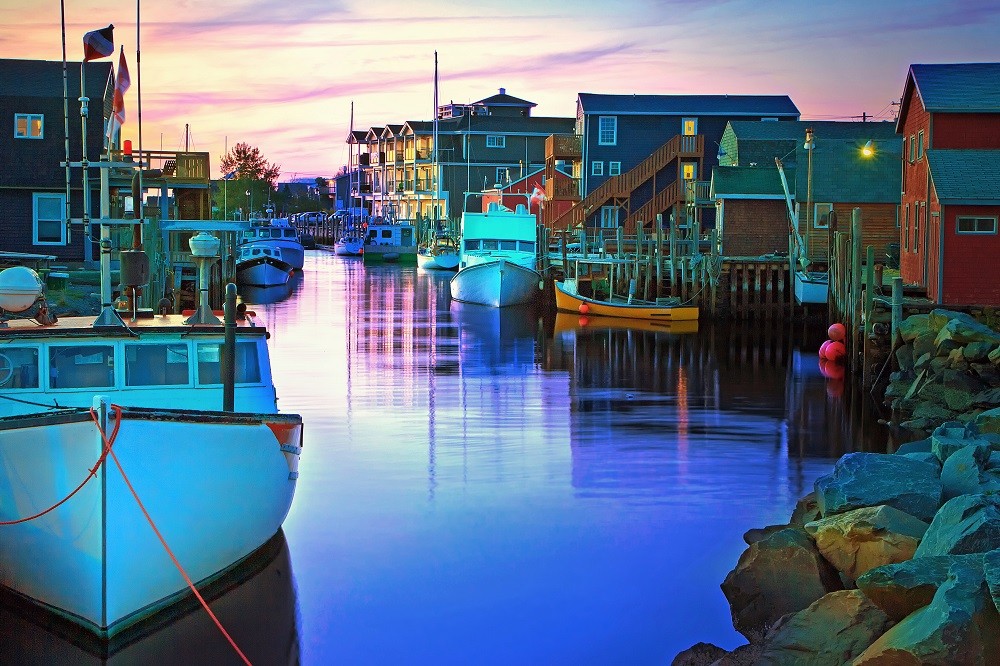 Direct flights to Halifax, Nova Scotia in Canada, will start in June with WestJet, which will start operating from the Northern gateway for the first time.

The service will cross the Atlantic in just more than six hours on the way to Halifax, and five hours on the return.

It will be Manchester Airport’s shortest long-haul route and is the latest addition to its departure board, with services to Dhaka, Sylhet, Shanghai and Boston already announced for this year.

Halifax is the capital of the Canadian province of Nova Scotia and is a major economic centre with a large concentration of government and private sector companies.

The route will enable passengers to connect onto a wide range of services to other Canadian destinations, such as Ottawa, Calgary and Edmonton.

“This will be the fifth long haul route to launch at Manchester Airport in 2020, underlining the role we play in giving people and businesses across the North direct access to key tourist destinations and economic hubs.

“North America is a hugely popular market for the 22m people living and working in our catchment area and I am sure this service to Halifax will be welcomed by leisure and business passengers alike.

“We look forward to welcoming WestJet to Manchester Airport and supporting their growth here in the years ahead. It is an exciting time to start flying from Manchester, with our £1bn investment underway and customers set to enjoy the benefits of our new state-of-the-art facilities later this year.”

Halifax has numerous National Historic Sites, most notably Citadel Hill (Fort George). Just outside the urban area, the iconic Peggys Cove is internationally recognised and receives more than 600,000 visitors a year. Downtown Halifax is home to many small shops and larger malls, and is a major shopping area. The area is home to approximately 200 restaurants and bars, offering a wide array of world cuisines. There are also more than 60 sidewalk cafes that open in the summer months. The nightlife is made up of bars and small music venues as well as Casino Nova Scotia, a large facility built partially over the water.

WestJet already has several routes to the UK but this is the airline’s first at Manchester Airport. Together with WestJet’s regional airlines, WestJet Encore and WestJet Link, the airline offers scheduled services to more than 110 destinations in North America, Central America, the Caribbean and Europe and to more than 250 destinations in over 20 countries through its airline partnerships.

“WestJet is continuing to invest in our Atlantic gateway, and is now connecting Nova Scotia to Manchester, the global gateway to northern England,” said Charles Duncan, WestJet Chief Strategy Officer. “This new route connects the U.K, Nova Scotia’s largest in-bound tourism market, to new sources of tourists and will forge additional and stronger economic, business and leisure ties between Halifax and Manchester.”

Not only is the route great for people from the North of England looking to access Canada and North America, it will also provide links for Canadian tourists looking to visit Manchester and the wider North.

The fictional Manchester town of Weatherfield will be of particular interest to Canadians coming to visit, as Coronation Street is a massive hit out there.

“We’re incredibly fortunate to have a very passionate Canadian fan base for the programme and have loved to welcome international visitors to the official Coronation Street Tours, which we operate on the external LOT at select weekends, over the years. This new trans-Atlantic route will serve as a speedy and direct connection to our heartland for fans, giving so many more the opportunity to now wander through Weatherfield and down the infamous cobbles.”

“We are pleased to welcome the news of this new Halifax to Manchester direct route, which is excellent news for leisure and business travellers in the Canadian region who will enjoy direct access to the city within 20 minutes and a growing selection of high-quality hotels and attractions.

“As home to Coronation Street, known to be a firm favourite for Canadian TV viewers, visitors can tour the famous studios, alongside museums and striking waterside views at its home in Salford Quays. With a growing cultural scene, exciting food, music and visitor attractions, there has never been a better time to visit Manchester.

“Canadian investment in the UK has continued to grow steadily over the last three years and this new route will improve Manchester’s position in attracting more businesses from the Canadian region to set up in Greater Manchester.”

The route starts on 5th June for the summer season and will use a 737-700, which has two cabins – economy and premium economy. Flights will depart Manchester at 9.45am on Monday, Tuesday, Thursday and Saturday, arriving into Halifax at 11.52am local time. On the return they will leave Halifax on Monday, Wednesday, Friday and Sunday arriving at Manchester Airport at 08.10am the following day.

As well as serving Halifax the route will also open 75 onward connections to Canadian cities including St John’s, Sydney, Ottawa, Calgary and Edmonton. Manchester already has routes to Toronto and Vancouver with other airlines.