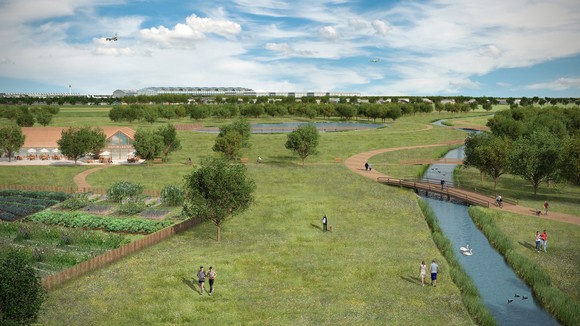 LONDON, 2016-Aug-18 — /Travel PR News/ — Populus polling released by Heathrow today shows support for the airport’s expansion plans remains strong in local communities.  Over half of residents in the 12 constituencies closest to Heathrow support its expansion, and almost 60% feel positive about the airport overall.

This latest demonstration of support for the airport’s new plans for expansion follows on from last month’s polling of MPs which showed that 62% of MPs support Heathrow expansion. MPs publicly supporting Heathrow expansion include Fiona Mactaggart and Virendra Sharma, whose Slough and Ealing Southall constituencies are the strongest supporters of expansion –  64% of their residents supporting Heathrow’s plans. Virendra Sharma, MP for Ealing Southall, recently announced his support for expansion in recognition of the changes the airport has made in its expansion plans to address local impacts.  This is a change in position for Mr Sharma who, in 2009, quit his Government position as Parliamentary Private Secretary in opposition to the airport’s previous plans for expansion.

This is the first local poll conducted since Heathrow announced it would meet, and in most cases exceed, the Airports Commission’s environmental conditions for its expansion.  Amongst Heathrow’s commitments are an extension of a legally binding ban on scheduled night flights, and the establishment of an Education and Skills Taskforce to develop local talent.

“After the previous proposal was rejected, we went back to the drawing board to design a new expansion plan that balances the economic benefits of expansion with its environmental impact. As a result, Heathrow expansion is no longer a choice between the environment or the economy – our plans will benefit both. This polling shows that a majority of our neighbours recognise that a third runway will create tens of thousands of local jobs, ending youth unemployment in the communities closest to the airport as well as reducing noise impacts and meeting air quality rules.

Heathrow’s new expansion plan and the fact it is supported by a majority of people living near the airport gives the Prime Minister the confidence to make the right choice for a stronger British economy and approve Heathrow expansion.”

Expansion of Heathrow is already backed by business, trade unions, politicians and airlines as the best solution to Britain’s aviation capacity crunch. Supporters include the CBI, Federation of Small Businesses, over 40 chambers of commerce across the country, Unite, the GMB, 37 British airports and airlines such as easyJet, which plans to operate from an expanded Heathrow. Recent polling by ComRes also shows that two thirds of MPs think greenlighting Heathrow expansion will strengthen Britain’s economy.

Populus interviewed at least 833 adult residents (18+) in 12 constituencies local to Heathrow Airport by telephone between 1 July and 3 August 2016. In total, 10,010 residents were interviewed. Where appropriate, tracking data is shown from previous similar research.