Colleagues at Heathrow celebrated the 30th anniversary of its opening on Friday (1/4).Officially opened by His Royal Highness Prince Charles and Princess Diana on Tuesday 1st April 1986, the terminal cost around £200 million to build and was originally the base for British Airways before they moved to Terminal 5 in 2008. Terminal 4 welcomed its first passengers on Saturday 12th April 1986.

The terminal was upgraded in 2008 and now at 105,481 square metres in size, it houses 35 airlines and serves as the base for the Sky Team airline alliance. Last year Terminal 4 had 53,357 flights and saw 9.2 million passengers pass through its doors.

Ray Stanley from Woking started working at Heathrow before Terminal 4 was built and has been part of the team there since it opened.  He originally worked in security and now works in engineering.

He said: “I originally worked for a company called Field Aircraft Services which was located on the site where the terminal is today. We saw those buildings get knocked down and Terminal 4 pop up in its place. A whole load of us started working in the new building in February 1986 and we were here when it was opened by Princess Diana.

“The terminal used to have the nickname fantasy island because we were located out on our own but gradually other parts of the airport have grown up around us. It used to just be British Airways located here but now we have 35 airlines travelling to a large range of countries around the world.

“It is an honour to have been part of the team here at Heathrow for the past 31 years. There are not many jobs like this where you get to meet such a diverse range of people and have to deal with a variety of issues on a day to day basis. I have made some fantastic friends here and when you look at how Heathrow has developed over the years into the airport that it is today, I am very proud to have been part of it.”

Terminal 4 is not the only significant airport milestone this year, with it also being Heathrow’s 70th anniversary. On 1st January 1946 ownership of Heathrow was transferred to the Ministry of Civil Aviation. In May there will be celebrations to mark 70 years since the airport was opened for civilian use which took place on 31 May 1946. 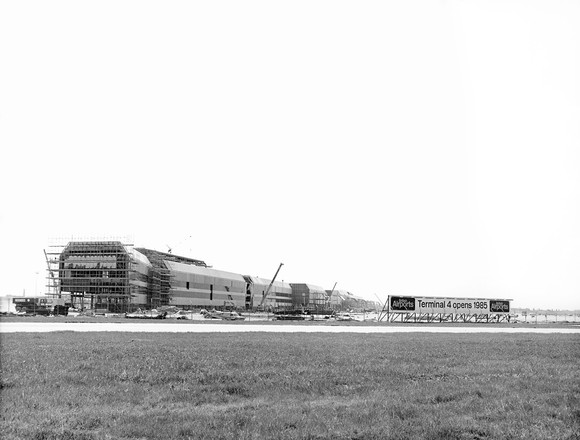