Since the bid was won in 2005, VisitBritain has been planning to use the massive global exposure around the Games to encourage more people from overseas to holiday here in the years ahead. That has seen the agency work closely alongside international broadcasters to secure additional coverage of Britain beyond the sporting fields, generating programmes on countryside, heritage, food, arts and the music scene. In the first six months of this year VisitBritain has generated around £3.3 billion worth of positive coverage of Britain in TV and print media.

The opening ceremony showing Britain’s history and heritage, its sense of humour and quirkiness and the highlighting of British literature, film and music got the international coverage off to a flying start. Since then, millions of viewers have watched each day as the sport has played out against a backdrop of historic buildings, Royal Parks and beautiful landscapes such as Hampton Court Palace, Horse Guard’s Parade, Greenwich, Hyde Park and the Jurassic Coast at Weymouth.

Over 8600 non-accredited media from 102 countries have registered for the London Media Centre in the heart of Westminster, run in partnership with London&Partners, with more than 200 events, such as exclusive media briefings, bespoke hospitality events and interviews with VIP guests including Jamie Oliver, Lennox Lewis, and Boris Becker taking place. More than 500 media have also participated in media tours to England, Scotland, Wales and Northern Ireland.(1)

The international coverage during the Games has boosted Britain’s image around the world – especially in terms of fun and friendliness, aspects which are crucial when people are deciding where to go on holiday. Travel trade reports and feedback from VisitBritain’s overseas offices indicate that the Games are also having a particularly positive impact on perceptions of a British welcome, while perceptions about food, heritage and culture, arts, creativity, diversity and music have also all benefited enormously.

In a bid to get more of Britain into travel packages and brochures around the world, VisitBritain invited some of the most influential travel operators from its priority markets to come to Britain and experience what the country has to offer first hand during the Games period, with over 20 VIP guests escorted on tours of Wales, Scotland, England and London.

VisitBritain, already a leading tourist board on digital and social media with its digital content seen by over 250 million people, has seen its Games-time activities lead to a five-fold increase in its engagement levels. This started with a highly successful online campaign following the Torch Relay, partnering with LOCOG and Games-sponsor Samsung. During the opening ceremony alone more than 100,000 people liked, shared or commented on VisitBritain’s LoveUK Facebook site.

Sandie Dawe, Chief Executive of VisitBritain said: “Britain has captured the imagination of the world – now we need to capture their holiday bookings. We know that the tourism legacy of hosting the Games is not a given and needs to be worked for. We are embarked on our biggest evermarketing programme. In an 18 month period we will have invested around £35 million promoting Britain in our priority markets. Immediately after the Games finish, we will launch a major campaign with our industry partners – airlines, hotels and tour operators – offering great deals to ensure people who have seen Britain on their screens book their trip. Every year overseas visitors contribute £18 billion to the British economy – twice the cost of staging the Games – and we want to make sure that we continue to compete internationally. A gold medal performance will mean growth and jobs across all of Britain in the years ahead.”

VisitBritain is Britain’s national tourism agency, responsible for marketing Britain overseas. We work with thousands of organisations in the UK and overseas to market Britain successfully to visitors from around the world. We also work to promote the tourism industry within the UK itself.

We work in partnership with the Government, the industry and our strategic partners in London, England, Scotland and Wales to promote Britain in 35 key overseas markets.

Our network of international offices is supported by our London-based marketing, commercial, research and policy teams, who in turn are backed up by experts in IT, financial management and other essential disciplines.

We also provide UK government with advice on tourism policy and raise awareness of the significance of tourism to the UK economy. We are particularly working towards showcasing Britain and maximising the tourism benefits in the run-up to the London 2012 Olympic and Paralympic Games and beyond.

Our grant in aid received from the Department for Culture, Media and Sport is approximately £32.6 million for 2010/11.

View our film to find out more about our work. 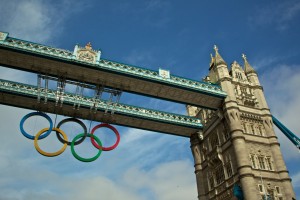