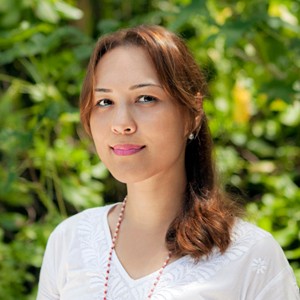 Currently holding the position of Senior Spa Director based in Four Seasons Resort Maldives at Landaa Giraavaru, with regional responsibility in Asia Pacific, Sandie Johannessen has spent the past three and a half years at the helm of the multi-award-winning Spa and Ayurvedic Retreat, overseeing Spa operations on the 11-cabin Four Seasons Explorer, as well as the newly launched Ocean of Consciousness Spa at Four Seasons Private Island Voavah.

With this move to Seychelles and into the Middle East and Africa region, Sandie will oversee a total of nine spas, including the launch of the organic spa at the upcoming Four Seasons Resort Seychelles at Desroches Island, which is set to open on March 1, 2018.

Adrian Messerli, General Manager of Four Seasons Resort Seychelles and Area Spa General Manager for Middle East and Africa, says: “Verena and Sandie are exceptional spa leaders. Their vision, knowledge and depth of understanding allows us to continually seek opportunities to refine and enhance the spa experience for our guests. I am particularly proud that Seychelles is the home of the Senior Spa Director position and look forward to working closely with Sandie on the region’s exciting upcoming developments.”

While hailing from Copenhagen, Denmark, Sandie has spent much of her working life in Asia. First drawn to India for studies in yogic science and to further her personal interest in Ayurveda, Sandie evolved into spa management and worked across Maldives, Malaysia and India before joining Four Seasons in 2014. With this move to Seychelles, Sandie’s portfolio of spas will range from the island resorts of Seychelles and Mauritius to city hotels such as Dubai, Doha and Bahrain, as well as the spa and wellness program at Four Seasons Safari Lodge Serengeti.

During her time at the Spa and Ayurvedic Retreat at Four Seasons Resort Maldives at Landaa Giraavaru, Sandie worked to develop the partnership between natural healing and high tech advancements, introducing pioneering medical programs and activities that teach guests to find the balance between the “high tech” and “high touch” skills of life, while nurturing the Landaa Spa Angels through daily meditations and chanting to raise the energy levels of staff and guests alike.

Key highlights from her time in Maldives include the launch of Landaa’s Healing Heart Pharmacy, being the co-author of an Ayurveda book, creating a Yoga Energy Trail and custom-designed retail range, plus having introduced guests to some of the industry’s most sought-after teachers and facilitators through the Visiting Masters program, including media astrologer Debbie Frank and internationally renowned clairvoyant Jayne Wallace.

Sandie will take up her appointment as Senior Spa Director in Seychelles as from December 1, 2017.

First joining Four Seasons in Paris in 2003, Verena’s move to Philadelphia marks her fourth hotel with the company, having now worked across Europe, the Middle East and the Indian Ocean. It was in 2010 that Verena was first appointed Senior Spa Director for Europe while at Four Seasons Hotel George V, Paris, which was a role she retained during her relocation to Four Seasons Resort Marrakech in 2013, before her regional responsibilities changed to Middle East and Africa when she was appointed Senior Spa Director at Four Seasons Resort Seychelles in 2015.

Over the past two years, Verena has launched a number of spa and wellness programs for guests, including the Resort’s new Surf and Yoga Retreats, plus a selection of Tailored Spa Journeys, which allow guests to combine wellness treatments, classes and rituals in carefully designed programs of complementary experiences. Through her leadership, the Resort’s Spa was named Hotel Spa of the Year, Middle East and Africa in the World Spa & Wellness Awards 2017, an achievement supported by key initiatives that included the introduction of the Swiss Perfection product and treatment range and the development of a new Spa menu and amenities designed in partnership with local artist Alyssa Adams.

In this move to North America, Verena will become the opening Spa Director for the new Four Seasons Hotel Philadelphia.