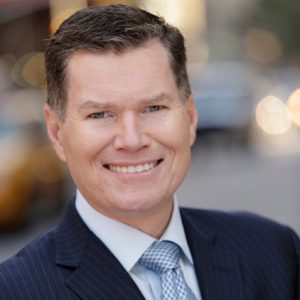 Jackson Hole, U.S.A., 2017-Oct-04 — /Travel PR News/ — Four Seasons Resort and Residences Jackson Hole announces the appointment of its new General Manager Ed Gannon, who joins the property from Nevis. Originally form the east coast, he is excited to experience the vast expanse of the Rockies.

“Whether it is an island destination or mountain resort, what draws me is the majestic beauty of nature. I am so excited to be moving to an area that literally defines that statement,” says Gannon, who is looking forward to dusting off his skis, though he can’t promise he will be exploring the backcountry anytime soon.

Despite his many years at waterfront properties, it was the mountain life style that first piqued his interest in hospitality. “My wife and I aspired to own a mountain inn.  We searched for several years in Maine, Vermont and New Hampshire.  When we discovered that we could not afford our own taste, it was a pivotal change to my career path.”

Jackson Hole was an easy choice for Gannon, who is lover of all things outdoors. He’s excited to be a part of a mountain town community. “I love the idea of being a part of a small community and knowing that I can be a part of the business community that can make a difference.  Any time hospitality and civic duty are combined with an opportunity for an impact, I am in. I could not be more excited to join this property. This is a part of the US I have never explored. I enjoyed skiing and fly fishing in the Northeast but this is the real deal now.  I look forward to all the experiences.  As well, this Resort has operated so well since inception, so it is an honour to take the helm.”

Ed and his wife, Michelle (a former hospitality manager turned Pilates instructor and fitness guru) and three dogs Rika, Zerxes and Pappi will be joining the property in early October.