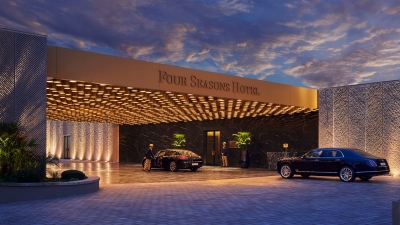 Today marks the sixth anniversary of the ocean front sanctuary. Ideally located by the Atlantic, yet minutes away from the city centre and main cultural landmarks, Four Seasons Hotel Casablanca instantly charms guests and local patrons with its sleek design and sweeping ocean views. With its 185 luxurious rooms and suites, three world-class restaurants and lounges, state-of-the-art event venues, modern gym, outdoor heated pool and refined spa, the Hotel is the perfect getaway for business and leisure travellers.

Bringing a breeze of fresh air to Casablanca, Four Seasons was able to gain an important place in the local hospitality scene. The Hotel’s overall success is undoubtedly a direct result of the commitment, talent and passion of its team, led by General Manager Mehdi Zaanoun.