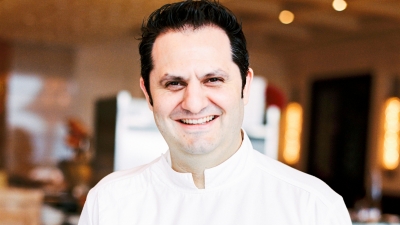 Jakarta, Indonesia, 2020-Jan-08 — /Travel PR News/ — Known in the city for its intimate personalised luxury and dining prowess, Four Seasons Hotel Jakarta begins the new decade with Seasons of Gastronomy, a delectable series of gastronomical partnerships, which will extend though the year and feature collaborations with the finest purveyors of all things culinary. The first event in this series will be with Chef Guillaume Galliot of Caprice at Four Seasons Hotel Hong Kong.

Awarded three Michelin stars, the highest of culinary honours, Caprice offers contemporary French haute cuisine, with luxurious ingredients, superb techniques and a mastery of flavours. Since it debuted 12 years ago, Caprice has held sway over Hong Kong’s fine-dining scene and this year, the restaurant earned the coveted three-stars for the second year under the leadership of Chef de Cuisine Guillaume Galliot.

Four Seasons Hotel Jakarta welcomes Chef Galliot for two exclusive evenings of exquisite dining at Alto Restaurant and Bar, offering a chance at haute cuisine and indomitable views of Jakarta’s skyline. Originally from Chambray-Les-Tours in the Loire Valley, Chef Galliot has impressive experience that has taken him all the way from the famed Jardin des Sens in Montpellier to The Tasting Room by Galliot in Macao. He joined Caprice in April 2017 and brought distinctive French classic dishes with a contemporary twist to the well-established Hong Kong restaurant.

Alto Restaurant and Bar will be offering an exclusively curated menu for dinner on February 5 and 6, 2020, giving Jakarta’s gourmands and lovers of great food a unique opportunity experience Chef Guillaume’s cuisine in the comfort of their very own city.