Before coming to Guangzhou, Chef Masa owned and operated the sophisticated luxury Japanese restaurant XinTianDi, in the prosperous commercial centre in Shanghai. Earlier, he worked for the well-known Portman Ritz-Carlton Hotel Shanghai for almost 10 years. He won awards including Michelin and Gaza ratings, and was also the guest chef of one of the most popular cooking TV programs in Shanghai, together with other famous chefs from around the world. Before beginning his culinary journey outside Japan, he spent years with international hotels and restaurants within the country.  He was invited by overseas hotels as a guest chef to present Japanese cuisine, through which he discovered and experienced other cuisines and cultures.

“The atmosphere of the city and the characteristics of its people reflects on my food creation,” says Chef Masa. “Guangzhou is an energetic city with lovely citizens; also, they are focused on healthy ingredients and eye-catching presentations, which has inspired me in my new seasonal menus and continual exploration of creative Japanese cuisine.”

Chef Masa loves to record his daily life, the food he makes and the people he meets with his camera. His dream is to write a cookbook or launch a TV series that would convey his joy in cooking to readers or audiences.

About Kumoi
Located on 72nd floor of Four Seasons Hotel Guangzhou, the 106-seat Kumoi is a showcase of expertly prepared teppanyaki, yakitori, sushi and other contemporary Japanese dishes, mostly prepared in view of guests. The panoramic city view outside the floor-to-ceiling windows and Four Seasons service makes dining at Kumoi an even more flavourful experience, be it during day or at night. Kumoi was awarded 2015 Best Japanese Restaurant in Guangzhou by Modern Weekly magazine. 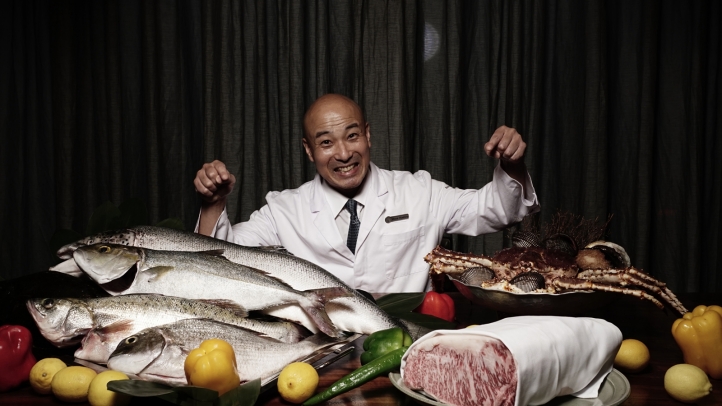