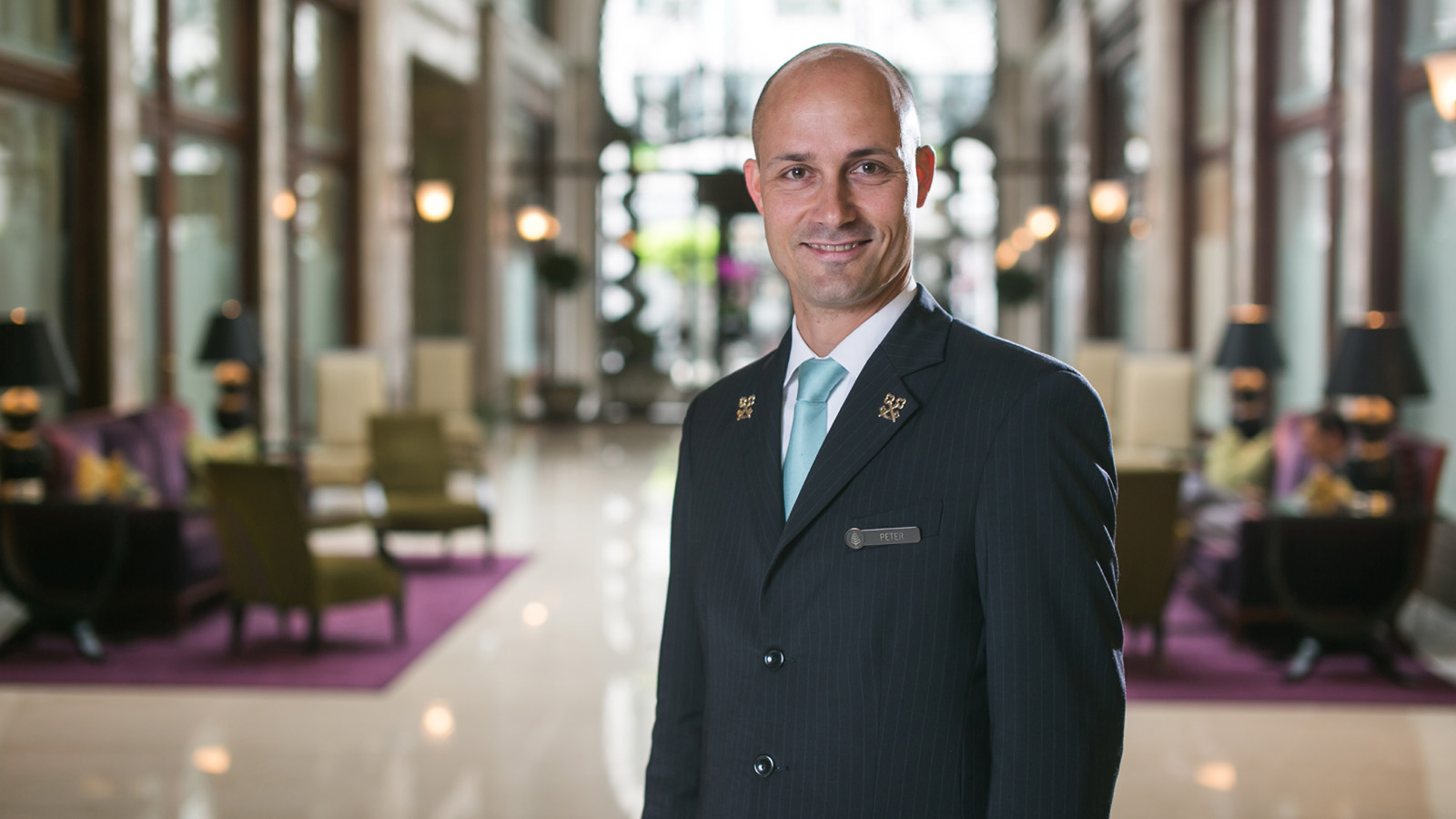 Peter started at Four Seasons with the opening team of the Hotel, back in 2004, as a Reception Agent. From there he moved to his dream position and became a Concierge Agent in 2006 under the leadership of the legendary Chef Concierge Marta Andrasi.

“It takes time to be a really knowledgeable concierge, but when you have the passion for the job it will be rewarded with a lot of fun and an amazing time. Being a concierge is like being a tourist in your own city. You go out and explore like our guests – it is especially a great task in a city like Budapest, which is constantly changing, evolving and renews itself,” says Peter.

“Hungary and Budapest have a fascinating, 1,000 year history. Each era has left its mark on the capital and we are happy to showcase it to our visitors. Classical concert venues, such as the Hungarian State Opera House, the Palace of Arts or the Franz Liszt Music Academy, are very popular – they bring together the many and varied disciplines of the arts in unique fashion by providing a home for classical, contemporary, popular and world music, not to mention jazz and opera, as well as contemporary circus, dance, literature and film – all top quality, so it is nearly impossible to get tickets at the last minute. Luckily we are here to help travellers out,” comments Peter on Budapest’s rich cultural life. “At the same time the city is getting trendier than ever. With the gastronomic revolution that has been growing in the country, we now really have world-class Hungarian restaurants. A proof of this is the growing number of Michelin starred restaurants in town.”

Peter became a member of Les Clefs d’Or in 2007 and became active within the Hungarian section a few years ago. As a result he was elected into the Board of Directors in 2016 and now President of Les Clefs d’Or Hungary.

Les Clefs d’Or is an international association of more than 3,500 professional hotel concierges from 80 countries around the world. They help travellers search beyond the internet to discover and enjoy the most up-to-date information, activities and solutions hotels and host cities have to offer. With a Les Clefs d’Or concierge, anything is possible.