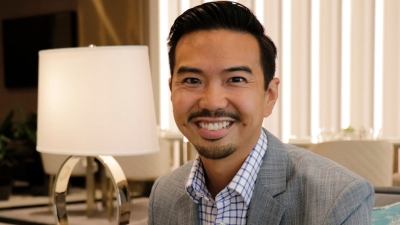 Chicago, USA, 2021-Oct-29 — /Travel PR News/ — Four Seasons Hotel Chicago announces the appointment of Justin Yu as Director of Food & Beverage and the promotion of Tristan Baker to Executive Chef. Off the heels of its multi-million-dollar renovation last fall and the launch of a new dining concept, Adorn Bar & Restaurant, the newly transformed Hotel ushers in a new era of culinary craftsmanship and creativity in the food-forward city of Chicago.

“It’s an honour to have experts such as Justin and Tristan on our team,” says Four Seasons Hotel Chicago General Manager Stephen Wancha. “Our redesigned public spaces and guest rooms are only half of the new Four Seasons Hotel Chicago story; our passionate team will always be the narrative that drives us forward. Backed by more than thirty years of service excellence, we are poised for an impactful next chapter where we continue a legacy of luxury hospitality and thoughtful connections with a renewed energy and sense of place.”

Justin Yu has dedicated his career thus far to hospitality. Graduating from the School of Hospitality Administration at Boston University, Justin started his Four Seasons career as a Food & Beverage Manager-in-Training at Four Seasons Resort The Biltmore Santa Barbara. From there, he worked at multiple properties including St. Louis, Seattle, and Baltimore before joining the Mina Group, where he worked from 2014 to 2020, and most recently held the position of operations manager developing opening strategies for the national restaurant group. Before joining Four Seasons Hotel Chicago in October 2021, Justin was critical in the opening of Four Seasons Resort Napa Valley. “I am proud to join the iconic Four Seasons Hotel Chicago and look forward to shaping the future of newly conceptualised Adorn restaurant together with a team of immensely talented craftspeople,” says Yu.

Tristan Baker joined Four Seasons Hotel Chicago in 2018 from Four Seasons Resort Nevis as Executive Sous Chef where he quickly became an invaluable member of the Hotel’s renowned banquet and events team. Tristan not only leads culinary for Banquets, but he also plays an active management role with In-Room Dining for the Hotel and the kitchen of Adorn. In August 2021, Tristan was promoted to Executive Chef where he leads a culinary team of 25. “It has been wonderful to grow my career and passion alongside some of the best in the industry,” says Baker.