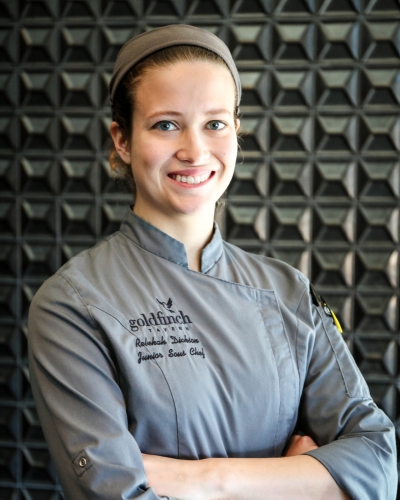 In its sophomore year, the annual event shines a light on chefs in some of the best restaurants in Seattle who aren’t household names yet, but who are leading the way and creating some of the most amazing meals in the city. “he Best Chefs You’ve Never Heard Of draws foodies near and far for a tasting of seasonal and creative bites and drinks, and guests also attend for the fun and one-of-a-kind interactions with the chefs.

“It is more important than ever to develop and showcase the talent in this city, and I’m really excited about the positive response I received from fellow executive chefs who put forth their female chefs in this year’s Best Chefs event,” said Joe Ritchie, chef of Goldfinch Tavern at Four Seasons Hotel Seattle. “With the event we also provide the rare chance to meet the people who are usually behind-the-scenes and support their talent.”

“We’re committed to featuring young talent and this year’s line-up is a testament to that goal. Not to mention, it’s going to be fun and people will get to taste amazing food!” continued Ritchie.

Emceed by Seattle Met food editor Allecia Vermillion and joined by Ethan Stowell, chef and restaurateur of Ethan Stowell Restaurants and Joe Ritchie, this culinary event includes an appetiser and main bite from each guest chef and two drink tickets. As guests visit each station and sample food, they have a chance to vote for their favourite chef for the evening.

“Participating and giving back to the local community is a core pillar of who we are at Four Seasons. We’re excited to be partnering with Northwest Harvest, Washington’s leading hunger relief agency. All proceeds from our event will be donated to this worthy cause,” said Ritchie. Northwest Harvest supports a statewide network of 375 food banks, meal programs, and high-need schools, and is focused on improving equity in our food system.

Tickets are USD 75 and available via Eventbrite. Follow along on social media for chef bios, photos and dishes each chef will be preparing.