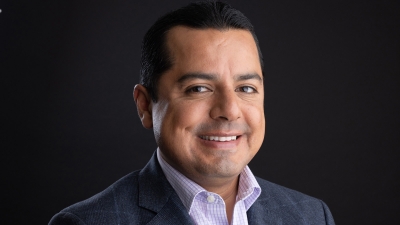 Nashville, USA, 2022-Aug-24 — /Travel PR News/ — The all-new Four Seasons Hotel and Private Residences Nashville, anticipated to open this fall, announces key food and beverage appointments that will lead a vibrant array of creative restaurant and bar experiences for guests throughout the property.

“We have attracted highly talented and passionate food and beverage professionals to create exceptional dining experiences throughout the Hotel and within our signature restaurant, Mimo Restaurant & Bar,” says Richard Poskanzer, General Manager of Four Seasons Hotel Nashville. “Every inch of the property from Mimo to in-room dining, to our incredible event spaces, will offer world-class selections with exciting takes on classic dishes, alongside fresh and creative seasonal options. We’re thrilled to welcome aboard a seasoned staff that will allow us to deliver on the highest of culinary standards while creating memorable experiences from breakfast to dinner that only Four Seasons can offer.”

As Director of Food and Beverage, Alex Hernandez will oversee all food and beverage operations of the Hotel, including its flagship restaurant Mimo, as well as special events and banquets. Hernandez began his career at some of the best restaurants in San Francisco. He worked alongside Chef George Morrone (the only San Francisco chef to have three restaurants earn four-star reviews) at Fifth Floor and Redwood Park and with Chef Ron Siegel (the first American chef to win Iron Chef) at the wildly popular Masa’s. His transition to luxury resorts began with five years at The Ritz-Carlton, San Francisco, before he opened Cavallo Point Lodge and its flagship restaurant Murray Circle, which won a Michelin star within three months. He then spent 11 years as the director of events for Meadowood Spa and Resort in Napa Valley, where he built the most successful catering business in the Bay Area and the only catering company to ever be invited to the James Beard House. Prior to joining Four Seasons Hotel Nashville, Hernandez worked as the director of food and beverage for Hotel Jerome, an Auberge Resorts property in Aspen, Colorado.

“Hospitality is all about how you make people feel,” he says. “It’s about connecting with people and showing genuine care and interest in guests. At Four Seasons Hotel Nashville, we want to go above and beyond with every guest interaction to add a personal touch.”

As Restaurant General Manager, Molly Allen leads the line at Mimo Restaurant and Bar. She began her hospitality career with Four Seasons in Hawaii, at Four Seasons Resort Oahu at Ko Olina. During her year-long stint at the Resort, she led the launch of the wine program at the Hokulea coffee and wine bar and served as its manager. From there, her career took her all over the country with positions at various hotel brands, including Hyatt Regency Lost Pines Resort and Spa in Cedar Creek, Texas; Viceroy Snowmass Resort and Spa in Snowmass Village, Colorado; and The Farnam, Autograph Collection in Omaha, Nebraska. A native New Yorker, Allen holds a Bachelor of Arts in theatre arts from University of Arizona and a Master of Business Administration from Syracuse University.

“I started my hospitality career with Four Seasons and the company’s culture and mindset has always stayed with me,” says Allen. “It’s really special to return to Four Seasons and have the opportunity to open a restaurant in a city as lively and promising as Nashville. We want Mimo to be a haven for locals and tourists alike, with an all-day buzz and lively atmosphere by night.”

As Bar Manager, Michael Geffin drives the beverage program of Four Seasons Hotel Nashville across all outlets.  He earned a bachelor’s degree in hospitality management from University of Central Florida and worked for Walt Disney World Resorts for three years before joining Four Seasons in 2017. He was part of the opening team of Four Seasons at The Surf Club in Surfside, Florida, where he earned recognition as Manager of the Year by Four Seasons in 2018 and Inn Key Manager of the Year by The Greater Miami and The Beaches Hotel Association in 2018. In 2021, Michael joined the team at Four Seasons Hotel Denver as Food and Beverage Assistant Manager to reopen the Hotel bar post-pandemic and add two new bars at the property.

“Having the opportunity to open a new bar in a city with such a thriving food and beverage scene is really exciting,” says Geffin. “We want create a sense of home at Mimo, so guests feel relaxed and welcome every time they visit.”

As Pastry Chef, Zach Bryant is responsible for the entire pastry department and team at Four Seasons Hotel Nashville.  Growing up in a culinary family – his mother worked for a baking company and his father and brothers were chefs in Philadelphia – Bryant knew he wanted to be a baker from an early age. His first job was at a bakery at the age of 16. Bryant earned a degree in Baking and Pastry Arts from the Culinary Institute of America. During his time at CIA, he worked at Apple Pie Bakery Café and the classic French-inspired Bocuse Restaurant, two of the student-run, faculty-led teaching restaurants affiliated with the school, and completed an internship at Orlando World Center Marriott in Florida. Following graduation, he worked as an assistant pastry chef at Talula’s Table in Philadelphia for three years. He served as the pastry supervisor for Gaylord Texan Resort & Convention Center in Grapevine, Texas, and pastry sous chef at Gaylord Rockies Resort & Convention Center in Denver, Colorado. Most recently, he spent a year as the pastry chef of the Grand Hyatt Nashville.

“I’m thrilled to work alongside such a strong culinary team at Four Seasons Hotel Nashville,” says Bryant. “From crafting individual desserts at Mimo to constructing cakes and confections for private events, we always want to wow our guests with something modern, elevated and fun.”

As Sous Chef, David Gutierriez is Executive Restaurant Chef Nello Turco’s right-hand man across the entire Hotel property’s culinary operations.  A graduate of the culinary arts program at Los Angeles Mission College, Gutierriez has more than 15 years of experience working in five-star resorts and Michelin-starred restaurants. His career has taken him around the world, including positions at Grand Hyatt DFW in Dallas, Texas; Three Blue Ducks in Sydney, Australia; and Nomi at Park Hyatt Chicago. He served as chef de partie at Grace in Chicago, Illinois, when the restaurant held its third Michelin star. Prior to joining Four Seasons Hotel Nashville, Gutierriez worked as Sous Chef under Chef Tristan Baker at Four Seasons Hotel Chicago.

“It’s an honour to work alongside a chef as accomplished as Chef Nello,” says Gutierriez. “He brings such a strong vision and so much experience to the kitchen. I’m grateful for the opportunity to partner with him on bringing Mimo to life.”

To read more about the team at Four Seasons Hotel Nashville, click here.  For information on applying for current vacancies, visit this link.

Stay in touch with all the happenings at Four Seasons Hotel Nashville on social media. The Hotel’s Instagram can be followed by clicking this link. Mimo Restaurant and Bar’s dedicated Instagram page can be found here.

Be among the first to experience the all-new Four Seasons Hotel Nashville by calling +1 615 610 6995, or booking a stay online.