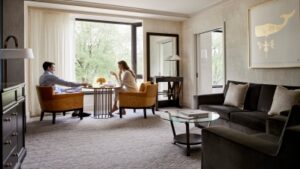 The iconic Boston property celebrates the prestigious designation, while remaining one of the most awarded Five-Star properties in the Four Seasons portfolio

As New England’s most quintessential luxury hotel, Four Seasons Hotel Boston is a true urban oasis on the Public Garden where guests can embrace the rich history of the city and the timeless appeal of an iconic property.

“I am immensely proud of our team for once again achieving this prestigious accolade, as it is a true testament to our team’s collective hard work and unwavering dedication to our guests,” says General Manager Michael Pedder. “I applaud their commitment to extraordinary service, and creating lasting memories for each person who walks through our doors.”

Forbes Travel Guide is the world-renowned authority in genuine Five-Star service, and Four Seasons Hotel Boston is proud to be featured on this illustrious annual Star Rating list. Properties were inspected prior to the pandemic and when regional restrictions allowed for the safe return of guests.

“These 2021 award winners are a testament to the resiliency of the hospitality industry,” said Filip Boyen, CEO of Forbes Travel Guide. “During an unprecedented time, these top properties adapted to numerous adversities all while maintaining high service levels and ensuring the health security of their guests and staff.” He added, “We hope that these excellent properties will inspire travellers for when they are ready to venture out on their next trip.”